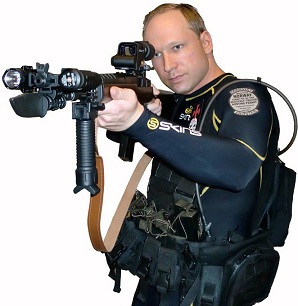 Reports about the manifesto of accused Norwegian mass murderer Anders Behring Breivik indicate that he legally obtained the Ruger Mini-14 assault rifle believed to be the primary weapon used in the Utoya youth camp mass shooting. Breivik applied for the gun under the pretense of deer hunting.

Breivik can be seen with the Ruger Mini-14 in the end pages of the manifesto. Breivik reportedly said of the semi-automatic gun, "this is the most military-like gun that is allowed in Norway."