The Washington Post reports on the young man we talked about the other day.

The teenager accused of shooting an intellectually disabled classmate at a suburban Maryland high school was accustomed to firearms in the home and had endured his parents’ contentious divorce, court documents show.

After 15-year-old Robert Wayne Gladden Jr. was taken into custody Monday, police executed a search warrant at the Kingsville home where he lives with his mother and stepfather. What they found, according to court documents: 11 guns, including shotguns, rifles, a 9mm handgun and two antique pistols.

Gladden’s 41-year-old father, Robert W. Gladden, also has a history of trouble with the law. In 2010, the younger Gladden answered the door when police executed a search warrant at his father’s home, looking for drugs and guns, documents show. Police seized a 12-gauge shotgun during that search along with marijuana, and prosecutors later sought the forfeiture of the shotgun and a .45-caliber handgun. 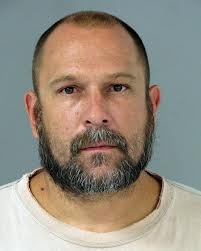 Do you think it matters to a troubled teenager if his step dad is a legal gun owner or a criminal? I don't.  The only thing that matters is that guns are available and the gun-loving mentality is prevalent.

Guns are the answer, aren't they? Isn't this what connects lawful and unlawful gun owners together? They both understand this.

What's your opinion?  Please leave a comment.
Posted by Unknown at 8:56 AM