Education is more important than weapons. 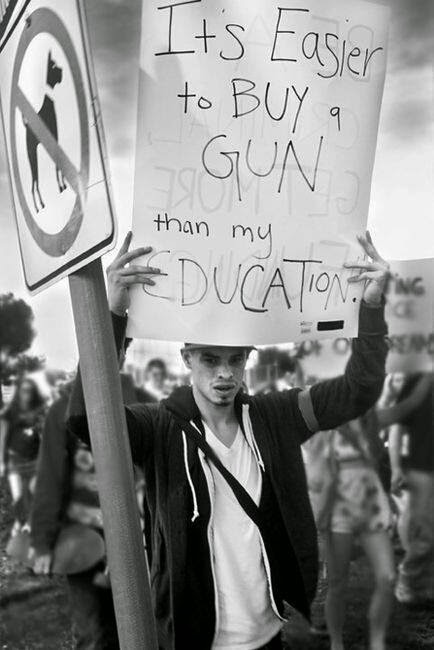 "I know no safe depository of the ultimate powers of the society but the people themselves, (A)nd if we think them not enlightened enough to exercise their control with a wholesome discretion, the remedy is not to take it from them, but to inform their discretion by education. This is the true corrective of abuses of constitutional power."

"If Virtue & Knowledge are diffused among the People, they will never be enslav'd. This will be their great Security."

“There should not be a district of one mile square, without a school in it, not founded by a charitable individual, but maintained at the public expense of the people themselves.” --John Adams


“The advancement and diffusion of knowledge is the only guardian of true liberty.”--James Madison

I congratulate you on the foundation thus laid for a general System of Education, and hope it presages a superstructure, worthy of the patriotic forecast which has commenced the Work. The best service that can be rendered to a Country, next to that of giving it liberty, is in diffusing the mental improvement equally essential to the preservation, and the enjoyment of the blessing.
James Madison letter to Littleton Dennis Teackle, March 29, 1826; from the Madison Papers at the University of Virginia


No feature in the aspect of our Country is more gratifying, than the increase and variety of Institutions for educating the several ages and classes of the rising generation, and the meritorious patriotism which improving on their most improved forms extends the benefit of them to the sex heretofore, sharing too little of it. Considered as at once the fruits of our free System of Government, and the true means of sustaining and recommending it, such establishments are entitled to the best praise that can be offered.
James Madison letter to Gulian C. Verplanck, February 14, 1828; from the Madison Papers at the University of Virginia