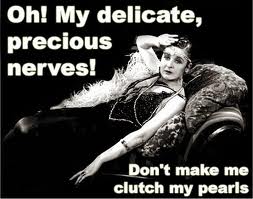 Despite the best efforts of our NRA sockpuppets, the whole Operation Fast and Furious fiasco isn't gaining the traction our gunloons desire.

The reason, of course, is simple: reasonable people understand gunloons care not a whit about gun violence and, especially, gun violence in Mexico.  After all, when it was revealed what was known all along--that US gun dealers were supplying cartels with the vast majority of weaponry--the gunloons reacted predictably.  They claimed it wasn't true and, hey, if was--so what?  It's Mexico.

Now, this is not to say any operation that is ill-advised or poorly executed shouldn't be investigated and those responsible demoted or fired, if need be.  But once more, the gunloons, in their phony outrage, have overreached.  They're trying to claim its's an Act of War or that it was illegal or all sorts of nonsense.  All of which is patently false.  Even the Repugs--who'd dearly love to believe it was true--can't.
Posted by Jadegold at 2:23 AM