Marcus Dixon Unintentionally Shoots Himself in the Head 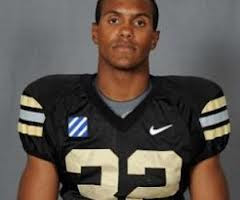 Marcus Dixon was once a homeless young teenager who made a "180-degree turn" when a family in Stamford, Conn., adopted him at age 17, the Connecticut Post reported. He went on to become the football captain at Stamford High School -- where he graduated from in 2009 -- before making it to West Point.

Dixon died shortly after 7 p.m. Thursday when he accidentally shot himself in the head with his .45 caliber semi-automatic pistol, according to local reports. Dixon was showing his gun to two friends at an apartment in Stamford at the time of the incident. He had removed the magazine from the pistol and, thinking it was empty, tried to show the gun was safe by pointing it toward his head and pulling the trigger, the newspaper reported. One round was hidden in the gun's chamber.

I'll never understand how people can "forget the one in the chamber." Wouldn't that be the first thing you think of when pointing a gun at your head and preparing to pull the trigger?

Which brings up another question.  Why would anyone do that?

And what is it with football players and guns.  We've seen quite of few stories.