The Orlando Sentinal reports on the action. 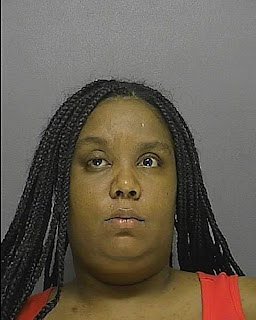 Patricia Ann Jaggon, 27, faces a charge of attempted murder. Bobby Cord, 58, described by Daytona police as Jaggon's on-again, off-again boyfriend, suffered non-life-threatening injuries to the arm and chest.
Jaggon is about six months pregnant with Cord's child, police said.
According to Jaggon's arrest report, Cord arrived at the couple's Jean Street apartment to take away his belongings at about 6:30 p.m. Saturday. Inside were Jaggon, two other adults — identified as Kyla Cord and Osnique Smarts — and seven children, ranging in age from 1 to 12 years old.

She told people she was going to kill him. She said she'd injure herself in order to claim self-defense. But the best part is this.

As Cord searched, Jaggon took a .380-caliber handgun from under her pillow and shot him, according to the report.

"Under her pillow," in a house full of kids. This is Florida at its gun-lovin' best.

What's your opinion? Please leave a comment.
Posted by Unknown at 6:56 AM