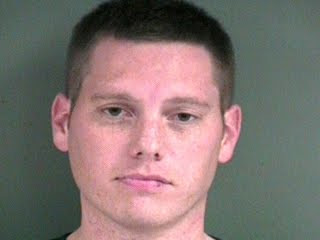 ROSEBURG, Ore. -- A Roseburg man was arrested over the weekend, after police responded to the YMCA for a report of a man with a gun.
Police were called to the Y a little after 2:00 p.m. on Saturday, after someone reported that Philip Richard Galindo, 29, was in the men's locker room with a gun making threats toward another man.
Police say when the officers arrived, Galindo was walking towards them in a hallway, and officers immediately held him at gunpoint, telling him to keep his hands up.
The officers say the gun was in his waistband.
After taking him into custody, they found the gun was made of hard plastic and looked real, but turned out to be a fake.

Imagine the fantasy world this guy lives in, carrying a fake gun in his waist band and threatening people with it?  Naturally ANY crime with a toy gun qualifies for the One-strike-you're-out for real gun rights.

Don't you think this is a terible waste of police resources not to mention a potentially dangerous situation for everyone involved?

Please leave a comment.
Posted by Unknown at 1:17 PM