Criminal Act Disguised as a DGU - With Police Approval 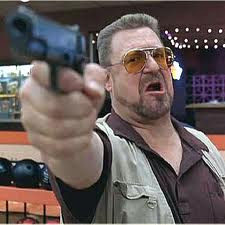 Local news reports and further to Laci's post about the polite society.


San Antonio police say a shopper who brandished a handgun during a Black Friday scuffle was within his rights.

Officers were sent to a mall's Sears store about 9 p.m. Thursday in response to a call about a shooting.

When they arrived, they detained a man holding a black 9 mm semi-automatic handgun with a black holster.

But the man hadn't fired the loaded weapon. He reportedly showed proof that he has a concealed handgun license. Police say he didn't break the law.

The San Antonio Express-News reported that he told police he pulled the gun to defend himself because a man punched him in the face.

That's a helluva call for the cops even in Texas.

What do you think?  Please leave a comment.
Posted by Unknown at 9:01 AM