Here is the original The Absurdity of "Get Away with Murder" Laws post. 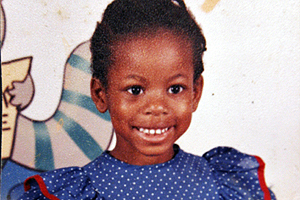 What happened: Nine-year-old Sherdavia Jenkins was caught in the crossfire of a gunfight between two men that was possibly over drugs. The shooters were about 50 yards away from Jenkins, who was playing with a doll near the porch of her house. Darling said he feared Larose would pull a gun on him so he pulled his gun first but was acting in self-defense.

The Tampa Bay Times used media reports, court records and interviews with prosecutors and attorneys to identify more than 200 “stand your ground” cases across Florida. The list, though incomplete, is the most comprehensive in the state and likely includes most fatal cases.

The Times asked questions about each conflict: Who was armed? Who started the fight? It also recorded the race, age and sex of those involved and the case outcome. Hispanics often are listed as white or black because many police agencies record only race, not ethnicity.


Critics say "stand your ground" turned Florida into the Wild West. Supporters say it has helped keep innocents out of jail. The truth of how the law has been used over the past six years was unknown until now.

Here are the results:  www.tampabay.com/stand-your-ground-law/fatal-cases

What follows is the most comprehensive list of "stand your ground" cases ever created. Browse by victim or defendant, by fatal or nonfatal cases. Hover over a photo to explore the basics of each case or click it for a more detailed case file. Use the buttons at right to filter by race, sex and location.


More on Sherdavia Jenkins
Posted by Laci The Dog at 11:46 PM