Wayne LaPierre's miquotation of FDR's "the only thing we have to fear is fear itself" that he attributes to Winston Churchill, which makes it only more laughable...

if people were able to see beyond their fear and ignorance that what he is saying is obvious bullshit.

Here is the actual speech made by FDR (his first inaugural address):

This is a good analysis of the use of fear to manipulate people.  LaPierre wants people to be afraid since he knows scared people don't think very well.

FDR, on the other hand, is making a speech of reassurance and hope.  FDR is trying to do the exact opposite of what LaPierre is doing (which probably would also be the case if Churchill had made such a speech--he would want people to be confident, not afraid). 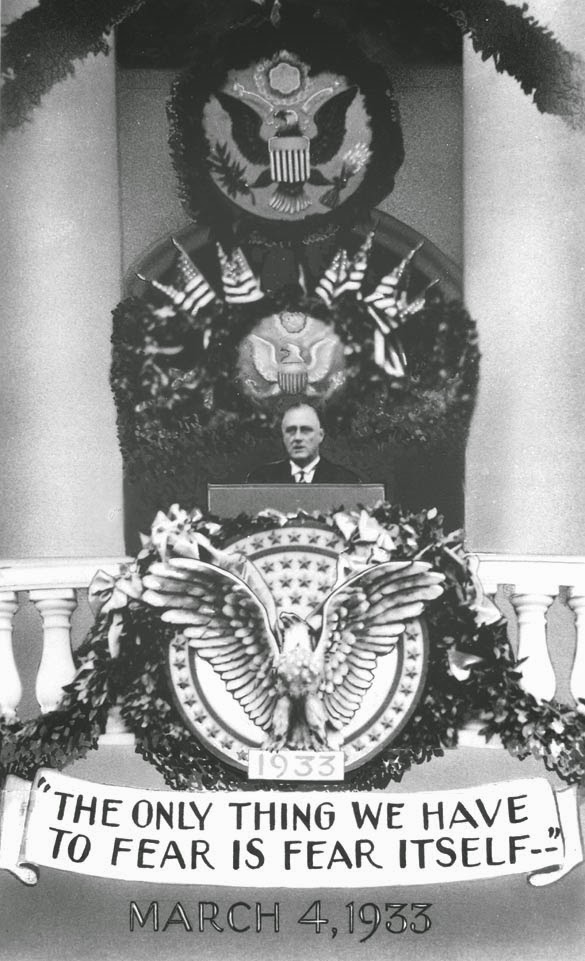 The reality is that this is such blatantly obvious propaganda and fear mongering that this post should be unnecessary.

Unfortunately, it is necessary.

Propaganda is the use of emotions (in this case fear) to cause people to short circuit their intellect.

You would know that if you would sit back and use critical reasoning skills.