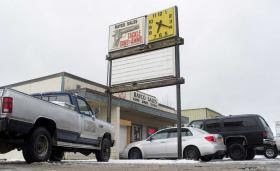 Jonathan Lowy with the Brady Center to Prevent Gun Violence in Washington, D.C., who is co-counsel with Mark Choate on behalf of the family of the murdered Simone Young Kim, argued that Coxe sells guns off the books then later claims that they are missing. Lowy said a previous audit of Rayco Sales found 200 guns missing from the inventory.
“To put that in context, 90 percent of gun dealers have zero guns missing from inventory,” Lowy said. “ATF (Bureau of Alcohol, Tobacco, Firearms and Explosives), they looked at the worst of the worst as far as gun dealers in this country. Out of 800,000 gun dealers, they found 16 in the entire nation who had that sort of total.”

The 16 who "had that sort of total," must mean only 16 FFL guys had 200 or more guns missing. That figure stretches credibility, but to say "out of 800,000 gun dealers, they found 16"  is a double spin.  The 16 figure has to be increased to include all those with guns missing even if they were fewer than 200, and the 800,000 figure should be replaced by the total number of inspections.

This would probably bring us back to the 10% figure which is TOO MUCH.

What's your opinion?  Please leave a comment.
Posted by Unknown at 8:48 AM