Arizona on a Death Penalty Roll 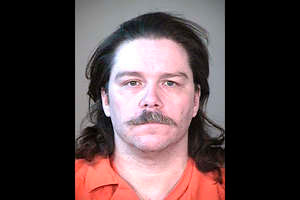 via the Daily Reporter

Robert Charles Towery, 47, convicted of killing Mark Jones while robbing his Scottsdale home in 1991, was the second inmate put to death in the state in eight days.

On September 4, 1991, Towery and Randy Barker went to the home of Mark Jones to rob him.
Jones knew Towery and let Towery and Barker into the home. Towery pulled a pistol on Jones and Barker handcuffed him. Towery took valuables from the house and loaded them into Jones's vehicle.
Barker took Jones to the bedroom. Towery told Jones that he was going to give him injections with something that would make him sleep. Towery then injected Jones with battery acid. Jones was not struggling because he trusted Towery. Towery then sought to strangle Jones to death. When the first try failed, he tried again and succeeded.
Towery and Barker then left in Jones's car, unloaded Jones's property at their home, and left the car in a nearby parking lot.
On September 5, 1991, Jones's body was discovered. On September 12, 1993, Jones's car was recovered.
As a result of tip given to the silent witness program, Towery and Barker were later arrested. Some of Jones's property was recovered from Towery's and Barker's home.

It's interesting that the accomplice spent less than 10 years in jail. It seems like a good argument for leniency, but in Arizona, and many other places, they prefer to eliminate bad boys like this.

What's your opinion? Wouldn't a lifetime in the slammer be a better solution?

Please leave a comment.
Posted by Unknown at 7:43 AM