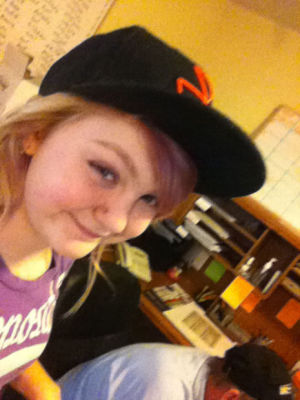 Ronald Marsh, 42, 2201 S. 37th St., was at the house with 10 to 12 other people when his .380-caliber handgun fell out of his shorts pocket, Lincoln Police Capt. Jim Davidsaver said.
The gun hit the ground, fired and a bullet hit Paige in the middle of her back before going out her right shoulder, Davidsaver said.
Her dad, Brian Meyer, stood less than 10 feet away when the bullet tore into his daughter’s back, went through her lung and out her right shoulder. He said he thought it was a firecracker at first, but realized what happened within three to four seconds.
When he did, Meyer ripped off his shirt to put on Paige’s shoulder and yelled for people to call 911 as his daughter struggled to breathe, lost consciousness for about five seconds, but mostly stayed awake while rescue crews rushed to the house.
Police cited and released Marsh for unlawful discharge of a firearm.
Brian Meyer said he’s been friends with Marsh for a long time. After the shooting, Marsh called him three or four times and sent as many text messages apologizing over and over and over.
After Paige gave him permission, Marsh spent 3½ hours with her Saturday and brought beef jerky and headbands as gifts, Meyer said.
“He felt like dirt,” Meyer added. “He said there’s no way on God’s green earth he can make it up to her.”
And he hasn’t, yet, at least not to Paige and her dad, Meyer said, adding that he knows it was an accident, and that everyone needs to move on, but that full forgiveness will take awhile.
“There's no way in hell I’m forgiving you,” Meyer said. “That’s going to be a long, long, long way down the road.”
"Cited and released?"
Posted by Unknown at 9:00 AM