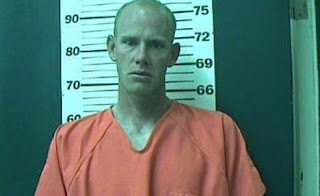 Local news reports on the charges finally brought against the negligent killer. We talked about this one when it first happened.


A 27-year-old man has been charged in the shooting death of his teenage brother during a camping trip in Utah.

Eric Charlton, of West Haven, was charged Friday with a second-degree felony count of manslaughter and misdemeanor counts of reckless endangerment and carrying a dangerous weapon under the influence of alcohol.

His 17-year-old brother, Cameron, was shot in the head on May 28 while camping with family and friends at Yuba Lake State Park, about 110 miles south of Salt Lake City.

According to court documents, the brothers and a friend were drinking around a campfire at about 3 a.m. when Eric Charlton began demonstrating firearm techniques. His .45-caliber handgun fired.

Guns and alcohol don't mix. The problem is most gun owners drink. Some of them drink too much and some even have drinking problems.

Why would "carrying a dangerous weapon under the influence of alcohol" NOT be a felony? Does that make sense to you?

Like so many things about the gun debate this is skewed in favor of the gun offenders.  We have the NRA lobbyists and the gun-rights activists to thank for that. Being under the influence of alcohol and in possession of a firearm should be taken much more seriously than it is. It shouldn't require someone getting killed before we take notice.