Florida 18-year-old Shoots Himself in the Genitals - No Charges 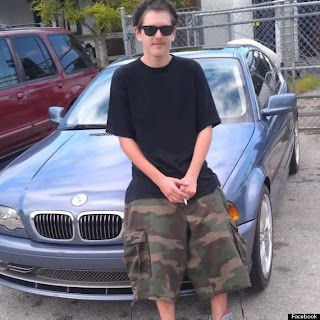 A teenager is recovering after police say he shot himself in the penis and testicle while cleaning a gun he just bought.

Police say 18-year-old Michael Smeriglio first lied to police saying someone shot him while he was walking down the street. After being questioned by police he admitted to accidentally doing it himself.

Doctors say the bullet went through his penis, his left testicle and then lodged itself in his thigh.
Smeriglio told police he bought the gun last month at a party.

I suppose that means that 18-year-olds are allowed to buy and own guns legally in Florida.  Is it like that everywhere?

This young man is very lucky he wasn't charged with a crime.  Normally when you lie to the cops that's what happened.  They must have felt sorry for him and figured he's suffered enough.

What's your opinion?  Please leave a comment.
Posted by Unknown at 7:48 AM