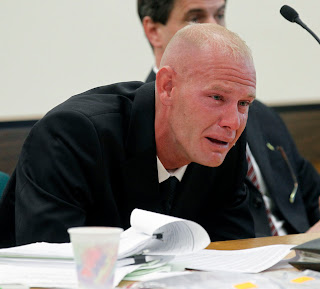 A Weber County man who accidentally shot and killed his younger brother during a May camping trip will plead guilty to misdemeanor charges, his defense attorney said Wednesday.

As part of the plea deal, prosecutors will dismiss one misdemeanor charge and abandon their fight to have Charlton face a felony and potential prison time for the death of 17-year-old Cameron Charlton.

In spite of Greg's continual assurances, I'm not convinced this means loss of gun rights. When we first looked at this story, he was charged with felonies.  Now he plea bargains them down.  Besides avoiding jail, isn't the whole point to keep the precious guns? It seems to me that misdemeanors, unless they have to do with wife-beating, do not result in the loss of gun rights.

How does this work in Utah?  That's what I want to know.