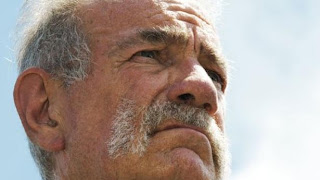 The controversial Florida preacher who sparked outraged in the Islamic world when he burned Qurans brought a gun to a high school in Michigan on Wednesday as a part of protest against so-called “Muslim gangs.”

“Jones brought a gun with him but took it back to his car before his protest, at the request of police,”

He should have refused the police request and made a martyr out of himself.  He isn't the sharpest knife in the drawer.  Remember what he did last time he visited Michigan.

What's your opinion? This could be yet another definition of hypocrisy, a religious man who hates Muslims. What do you think?

If he were only obese he'd embody all the gun-rights qualities we've come to know and love. Guys like Pastor Terry are the best argument we have for gun control.