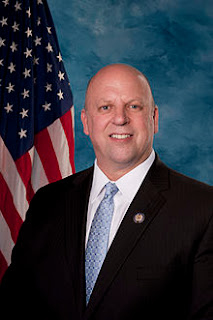 via The Daily Kos

Republican Congressman from Tennessee and physician Dr. Scott DesJarlais' website says "All life should be cherished and protected. We are pro-life." But when it comes to knocking up his mistress while claiming to want to reconcile with his wife, he had this to say:


"You told me you'd have an abortion, and now we're getting too far along without one," DesJarlais tells the woman at one point in the call while negotiating with her over whether he'll reveal her identity to his wife. They then discuss whether he will accompany her to a procedure to end the sort of life the congressman now describes as "sacred." ...
"If we need to go to Atlanta, or whatever, to get this solved and get it over with so we can get on with our lives, then let's do it," Desjarlais says.
“Well, we’ve got to do something soon. And you’ve even got to admit that because the clock is ticking right?” he says at another point.

Scott DesJarlais admitted in court to cheating on his wife at least four times. He's run as a typical Tea Party Republican, voting for anti-choice legislation repeatedly. But when it comes to bedding one of his patients and trying to weasel out of it in true jerk form, he can't wait to make a beeline for the clinic in Atlanta.

The gun-rights fanatics love to use the word "hypocrisy." The only problem is they sometimes use it quite loosely. In order to help them out, I've posted this as an example.

What's your opinion. Is this a better example?

Please leave a comment.
Posted by Unknown at 6:59 AM