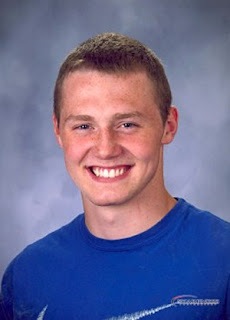 The shooting death of Hunter True, 17, of Mason City, last month near Rudd has been ruled accidental.
Nicklaus Lala, 17, of Mason City, was handling a .22-caliber rifle that discharged, but “probable cause for filing of criminal charges does not exist,” Floyd County Attorney Normand Klemesrud said in a statement released Wednesday.

Is it any wonder we have so many of these, far more than the supposed statistics seem to indicate, by the way?  Every single day you can find five or ten stories like this without even trying. Isn't it safe to assume they represent only a percentage of what's actually going on?

Imagine the ones in which no one is injured.  All told, the misuse of guns is rampant and unchecked since we don't even issue a slap on the wrist in most cases.

The gun-rights folks don't want to admit that so-called "gun accidents" are taking a bigger toll than previously thought.  They have a vested interest in this.

But, what do you think?  Please leave a comment.
Posted by Unknown at 8:11 AM