The Deadly Legacy Of Jeb Bush's 'Stand Your Ground' Law
How Jeb Bush started it all... and the lethal consequences across America...
Posted by Think Progress on Friday, July 31, 2015

Family Gunned Down By Stranded Driver They Were Trying To Help 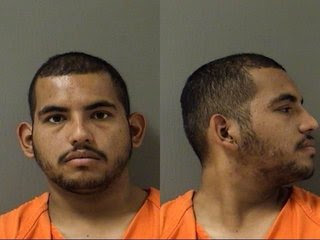 
A man who was stopped along a road on Montana's Crow Indian Reservation gunned down a family who tried to help him Wednesday, killing the couple and wounding their daughter, a relative said.
The FBI confirmed that two people were killed and a third injured by gunfire in Pryor, a town of just over 600 people in southern Montana. A suspect was arrested hours later in Wyoming, FBI spokesman Todd Palmer said, later identified as Jesus Deniz.
Palmer could not say what led to the shooting and did not release details about the victims.
Bryce Hugs, of Pryor, told The Billings Gazette ( http://bit.ly/1H3J5OG ) that his aunt, Tana Shane, drove by a man who had run out of gas just south of town. Shane picked up her husband, Jason, and daughter, Jora, and returned to help, Hugs said.
"(He) killed both of them and then shot the daughter," Hugs told the newspaper. "It grazed her in the head, and when she took off, (he) shot her in the back."
Posted by Unknown at 9:17 AM 4 comments:

Intercepting Terrorists Before They Strike

“We will destroy America and divide it into two. We will raise our black (ISIS) flag on top of your White House and any president on duty,” says Harlem Suarez, 23, most likely a recent convert to Islam.A Florida man described by the FBI as an Islamic State sympathizer who hoped to mount attacks on U.S. soil was charged Tuesday with plotting to detonate a nail-filled backpack bomb on a Florida beach.A criminal complaint unsealed Tuesday charges 23-year-old Harlem Suarez of Key West with attempting to use a weapon of mass destruction in the U.S. Authorities say Suarez came to the FBI’s attention through his Facebook posts praising the Islamic State group and containing extremist rhetoric.In April, Suarez allegedly posted, “Be a warrior, learn how to cut your enemies head and then burn down the body learn how to be the new future of the world Caliphate” – a reference the Islamic State goal of building a regional fundamentalist entity.The FBI says he later added a request “from any brother. How to make a bomb send me a video or something, what do I need to make it.” Suarez made his first court appearance Tuesday in Miami and was being held without bail. It wasn’t immediately clear if he had a lawyer.
Posted by Unknown at 2:52 PM 12 comments:


A dentist from Minnesota is accused of paying $55,000 to hunt down and kill a famed lion in Zimbabwe.
“Cecil the Lion” was killed in early July, authorities said. A spokesman for the dentist, Dr. Walter Palmer, told The Guardian that Palmer, 55, may have shot the lion.
“What he’ll tell you is that he had the proper legal permits and he had hired several professional guides, so he’s not denying that he may be the person who shot this lion. He is a big-game hunter; he hunts the world over,” Palmer’s spokesman told The Guardian in a statement.
A professional hunter and the land owner where the lion was killed have already been criminally charged. Police said they are looking for Palmer.
Here’s what you need to know:

1. The Lion Was Left Skinned & Headless on the Outskirts of the National Park

2. The Hunters Allegedly Tried to Destroy Cecil’s Collar to Hide the Evidence

3. He Faced Prison Time in 2008 for Lying to a Federal Agent About the Killing of a Bear

Doyle held them at gunpoint as Candelerio Gonzales lay dying on the pavement.

Police arrived at the scene within minutes and arrested Doyle, who they charged with second-degree murder and three counts of aggravated assault for holding the family at gunpoint.

I guess he felt in danger for his life from the family even after he killed the primary threat.
Posted by Unknown at 10:51 AM 26 comments:

If You Live in Louisiana You’re Nearly Twice as Likely to Be Killed by a Gun: Thursday’s deadly sho... http://t.co/3CI0xIGlT1 @teamtrace


The Mass Shooting Tracker, a crowd-sourced project of the anti-gun folks at the Guns Are Cool subreddit, lists 203 mass shooting events so far in 2015. Add in the shooting at a Louisiana movie theater last night and you get 204. Incidentally, yesterday was the 204th day of the year.
[Another day, another massacre – and it’s hard to explain why]
The Mass Shooting Tracker is different from other shooting databases in that it uses a broader definition of mass shooting. "The old FBI definition of Mass Murder (not even the most recent one) is four or more people murdered in one event," the site's creators explain. "It is only logical that a Mass Shooting is four or more people shot in one event."
Posted by Unknown at 11:01 AM 20 comments: 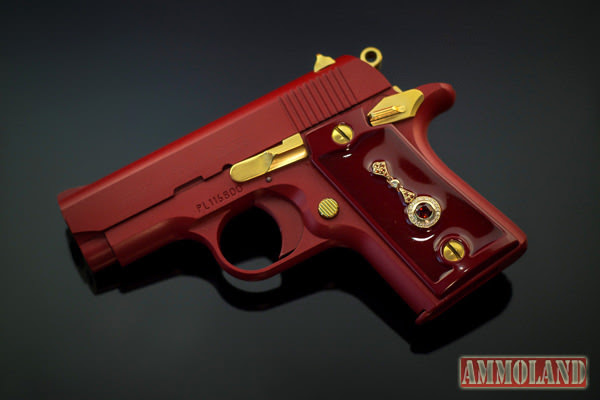 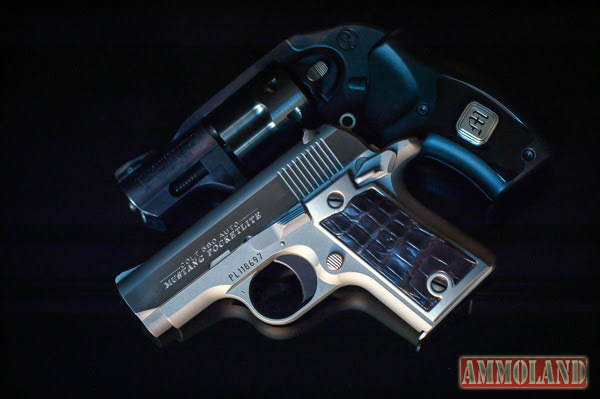 
Firegild, a boutique designer of custom firearms, is redefining luxury firearms with limited edition and custom designed firearms catering to the discerning gun owner.
Focused on creating a truly personalized firearm that makes a statement, Firegild incorporates precious and semi-precious gems such as sapphires, garnets, rubies, emeralds and even diamonds to create one-of-a-kind works of art that reflect the owner’s personal style.

“At Firegild we understand that there is more to a firearm than just its utilitarian look and application. A firearm can make a statement, a bold statement, that announces to the world that its owner isn’t just another among the crowd, but instead an individual who stands apart with a unique style and sensibility,” said Firegild owner Polly Davis Ditch, a lifelong gun owner and a longtime firearms industry insider.
“That is why Firegild creates highly customized firearms to match the unique style of our customers. We work with only the top firearms manufactures and use the finest gems and customer finishes to create a handgun that is not just a tool for personal protection but a personal statement of individual style.”