According to the Tennessean, Abdulazeez stopped his car in front of a building used as a military recruitment center and fired shots randomly through the glass doors from his car.
He then drove to another facility in Chattanooga, a Navy-Marine training center, according to the Tennessean, where, again, he opened fire.
Many gun advocates are pointing out the irony of the fact that at the recruitment center where the attack began, there were bullet holes in the glass door right next to the sign that designated the area a “gun free zone,” thus banning people from carrying guns within the facility.
Gun advocates commenting on the irony sparked a debate on social media, with many suggesting that the policy should be reviewed.
In an interview with CNN, a former NYPD police officer, Harry Houck, said the incident highlights the need to change the “gun free zone” policy at military bases, implemented during the administration of President Bill Clinton.
Posted by Unknown at 8:35 AM 33 comments:

The Definition of Grandiose Victimism

Muhammad Youssef Abdulazeez’s mug shot from an April 2015 arrest for driving under the influence. (Photo: Hamilton County Jail via Chattanoogan.com)


Authorities have named Muhammad Youssef Abdulazeez, a 24-year old naturalized U.S. citizen originally from Kuwait as the suspect killed in Thursday’s attack on a recruitment center in Tennessee.
Abdulazeez is cited via the Associated Press as living in Hixson, Tennessee, a few miles away from Chattanooga. The suspect was killed by police following two attacks on military facilities in the city. Authorities have swarmed his home and arrested two unidentified females.
NBC news reported that the Abdulazeez is a naturalized citizen. Hamilton County Jail records show that he was arrested in April for a drunk driving charge.
Four U.S. Marines were killed and a Chattanooga Police officer was injured.
Posted by Unknown at 7:51 AM 11 comments:

AATTP
No big surprise, but a study has found if you have several guns then you are more likely to have anger issues.
The study was conducted by researchers from universities including Duke and Harvard. The findings were published in the journal, Behavioral Sciences and the Law and showed more importance and focus should be placed on individuals with a “history of violent behavior” and “less on diagnosed mental illness” when trying to reduce gun violence.
The study also found that guns are “disproportionately owned” by those who are more likely to have trouble with anger management and impulse control. The LA times reported:

“…people owning six or more guns were more likely to fall into both of these categories than people who owned a single gun.”

The study comes about at a time when lawmakers are fixated on the idea that guns should be kept out of the hands of those with a history of mental illness. However, as the LA times states:

“…the new study implies that doing so would make only a small dent in this tally of morbidity and mortality.”

“The traditional legal approach has been to prohibit firearms from involuntarily committed psychiatric patients. But now we have more evidence that current laws don’t necessarily keep firearms out of the hands of a lot of potentially dangerous individuals.”

In other words, yes, we are protected from those with diagnosed mental illness. However, if an angry person with impulse control issues has a clean record and clear medical history, they pose more of a danger to society.
Posted by Unknown at 7:29 AM 5 comments:

Donald Trump on the Second Amendment and Carl Rove 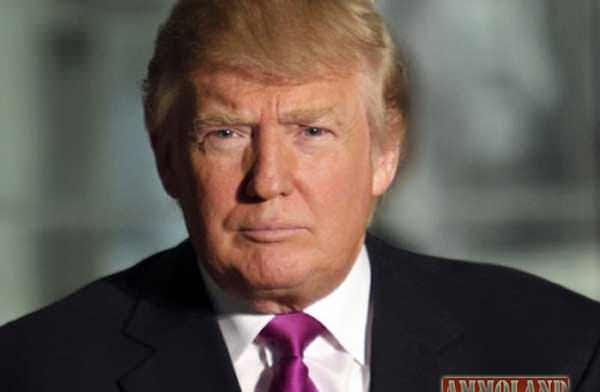 
AmmoLand: Karl Rove recently voiced support for a repeal of the Second Amendment as a way to stop gun violence. What do you think of this suggestion or, as our readers believe, is it a God given right that can not be repealed by politicians?
Donald Trump:

“The Second Amendment is a bedrock natural right of the individual to defend self, family, and property.  It is a ridiculous notion to ever repeal it.”

“For Rove to even think it shows a lack of respect for all of the freedoms in our Constitution and a complete ignorance of our shared American inheritance.”

Carl Rove on the Second Amendment 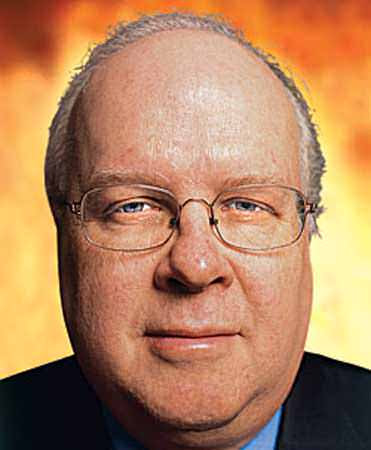 Karl, whether you agree with the president on gun control or not, you certainly have to agree with him that we see these cases of mass violence way too often and we see them more often in the United States than in other advanced countries. And I mean, you know, you are in a position to say, what do we do about it whether it’s government, whether it’s community, whether it’s family, how do we stop the violence?

Rove responded by describing the way the country has changed regarding race; the way the the country pulled together in the wake of Charleston to recognize the attack as “evil.” He added:

So, we have come a long way. Now, maybe there’s some magic law that will keep us from having more of these. I mean, basically, the only way to guarantee that we would dramatically reduce acts of violence involving guns is to basically remove guns from society, and until somebody gets enough oomph to repeal the Second Amendment, that’s not going to happen.

Posted by Unknown at 7:20 AM No comments:

Crooks and Liars
Scott Walker is a big, old backer - read sockpuppet - of the NRA. He loves them NRA campaign donations so much he is willing to risk poor opticstime and time again to give them some love. In return, the NRA showers him with campaign donations and an A+ rating.
Yup, Walker is a real gun nut supporter...unless those guns are near him.
In his invitation to his official kick off to his presidential campaign, which he has been running for four and a half years, Walker asks people to leave their guns at home:

Prohibited Items: All attendees will go through airport-like security and should bring as few personal items as possible. No large bags, sharp objects, signs, umbrellas, liquids, aerosol containers, guns, ammunition, fireworks, electric stun guns, mace, selfie-sticks, martial arts weapons/devices, or knives of any size will be allowed in the venue.

Just don't hold your breath waiting for Walker to admit guns kill. He gets paid a lot of money not to say that.
Posted by Unknown at 7:53 AM 5 comments:


In 2004, a group of families destroyed by the D.C. sniper shootings brought a lawsuit against the gun company and dealer that armed the gunmen, Bull’s Eye Shooter Supply. Bull’s Eye’s sales practices were so grossly negligent they had “lost” 238 guns during the previous three-year period , including the Bushmaster rifle used in the shootings. The families won a settlement of $2.5 million when the trial court determined the gun industry could be held liable.Unfortunately, such lawsuits are no longer possible under the “Protection of Lawful Commerce in Arms Act” (PLCAA), which was passed by Congress just a year later at the behest of the National Rifle Association (NRA). The law gave gun manufacturers, distributors and dealers broad immunity from civil litigation—protections that were unprecedented and unjustified at the time and remain so.
One of the Members of Congress who voted for PLCAA was then-U.S. Representative Bernie Sanders (I-VT). Unfortunately, Sanders—now a U.S. Senator and Democratic candidate for the 2016 Presidential nomination—continues to publicly and vocally support the law.
Click here to tell Senator Sanders to reconsider his support for Gun Industry Immunity.
In recent days on the campaign trail, Senator Sanders has declared, "I don't apologize for that vote" [on PLCAA] and wrongly suggested that it was enacted to protect responsible gun dealers as opposed to negligent ones. These comments earned the Senator 2 Pinocchios from the Washington Post Fact Checker.1
The Gun Industry Immunity law has slammed the courthouse doors on victims and survivors of gun violence across the country, denying them a fundamental democratic right.
Sign our petition today and tell Senator Sanders it's time for him to side with victims and oppose PLCAA, the ultimate corporate giveaway.
Sincerely,
Ladd EverittDirector of CommunicationsCoalition to Stop Gun Violence
1. Michelle Ye Hee Lee, “Bernie Sanders’s Misleading Characterization of a Controversial Gun Law,” Washington Post Fact Checker, July 10, 2015

Police Battle Spike In City Violence After Years Of Decline


Police departments across the country that have spent years boasting about plummeting crime numbers are now scrambling to confront something many agencies have not seen in decades: more bloodshed.
Houston, St. Louis, New Orleans and Baltimore have all seen significant spikes in the number of homicides this year. The totals are up in other cities, too, including New York and Chicago.
"We're in scary territory," said Peter Scharf, a professor at Louisiana State University who tracks homicides in New Orleans.
In Los Angeles, the number of slayings dropped slightly, but the number of shooting victims jumped more than 18 percent. And in Milwaukee, a homicide on Wednesday put the total for the year at 84 — just two fewer than happened in all of 2014.
It's too soon to assess whether the surge in killing marks the start of a trend after years of declines. But concern is growing that the increase could reflect a confluence of recent shifts, including deepening distrust of police that leads people to settle disputes themselves, officers who are afraid of being second-guessed and court rulings that make it easier than ever to own a gun. Tighter budgets that result in cuts to law-enforcement agencies could also play a role.
Some of the explanations vary from city to city. In Baltimore, the April death of Freddie Gray, a black man who suffered a fatal spinal-cord injury while in police custody triggered rioting. After six officers were charged in Gray's death, the number of arrests plummeted — a drop that raised questions about whether angry or fearful officers were slowing down their activity on the streets.
Posted by Unknown at 7:23 AM 41 comments:

Just when you think he couldn't be more shameless, President Bush charged $100,000 for a speech to wounded veterans....

The FBI's National Instant Criminal Background Check System (NICS) reported this week that the number of firearm-acquisition background checks in June was the highest for that month on record. Of 1,529,057 total firearm NICS checks in June, over 825,000 related to firearm acquisitions, over 10 percent more than in June 2014. Another 632,000 checks were conducted in relation to firearm permits. The increase in NICS checks was partly in reaction to gun control supporters' predictably opportunistic attempt to promote their background check legislation on the basis of the abominable crime that took place at the Emanuel A.M.E. Church in Charleston, South Carolina, last month. Within hours of the crime, the Brady Campaign called for "expanding Brady background checks on all gun sales," Everytown claimed "It's time for gun sense in America," and the Violence Policy Center blamed the crime on "unfettered access to guns."
Posted by Unknown at 10:50 AM 1 comment:


Gov. Cuomo is backing off a key element of his much heralded 2013 gun control law, the NY-SAFE Act.

In a major concession to Senate Republicans and new Senate Majority Leader John Flanagan, the Cuomo administration agreed to suspend development of a troubled statewide database of ammunition sales.

"This is a clear victory for Second Amendment rights in New York," said Sen. James Seward (R-Oneonta), who announced the deal.

"The plan to establish a statewide ammunition database has been fraught with problems since it was first conceived, not to mention it infringes on the rights of lawful firearm owners,’ Seward added.

Maybe the reason for this change is because it was "fraught with problems," not because it "infringes on the rights of lawful firearm owners."
Posted by Unknown at 10:08 AM 1 comment: