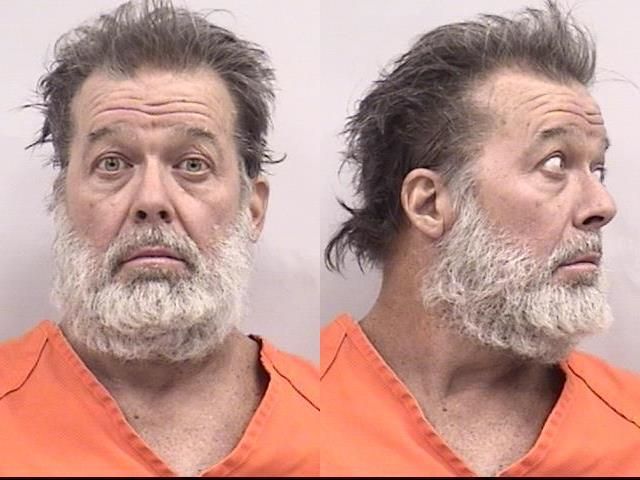 
The gunman in Friday’s shooting at a Colorado Planned Parenthood Friday was identified by Colorado Springs police Saturday as Robert L. Dear.
Police said Dear is 57. They also released a mug photo.
The shooter is from North Carolina, an unidentified law enforcement official told AP. The official spoke on condition of anonymity because the official was not authorized to speak about the ongoing investigation.
Three people, including one police officer, were killed in Friday’s attack. The gunman was taken into custody after an hours-long standoff and shootout. Authorities have yet to determine a motive behind the shooting or whether the gunman had any connection to Planned Parenthood.
Posted by Unknown at 2:31 PM 23 comments:

Set aside politics and posturing about gun violence in America and there is still one indisputable fact: Alcohol use plays a primary role in gun violence.

A startling 48 percent of homicide offenders were reportedly under the influence of alcohol at the time of the offense, and 37 percent were intoxicated, according to an analysis by University of North Carolina researchers who reviewed more than 23 independent studies examining 8,265 homicide offenders in nine countries.

In the United States, guns are the leading cause of homicide and suicide.

"Both acute alcohol intoxication and chronic alcohol misuse are strongly associated with risk for committing firearm violence, whether that violence is directed at others or at oneself," said Garen J. Wintemute, founding director of the Violence Prevention Research Program at the University of California, Davis.

He added that of the nearly 400,000 firearm-related U.S. deaths in 12 years, "it is probable that more than a third of these deaths involve alcohol."
Posted by Unknown at 7:39 AM 42 comments:

A 24-year-old Pearsall, Texas, man will be sentenced Monday in the accidental shooting of a Port Huron woman.

Charles Joshua Kelly was sentenced in May to three to 15 years in prison for his involvement in the shooting.

Kelly pleaded guilty to discharging a firearm while under the influence causing death, a 15-year felony, and using a controlled substance, a one-year misdemeanor.

Senior Assistant Prosecutor Mona Armstrong said Barrera has cooperated during the investigation and voluntarily returned from Texas for his September arraignment.

“You had individuals who were intoxicated who were playing with (the firearm), dry firing it, and that is a recipe for disaster,” Armstrong said.

“It did not appear and does not appear that it was an intentional act to harm someone but, regardless, there’s still criminal responsibility.”

Barrera’s lawyer, Dan Damman, said his client has remained in custody since his arraignment.
“To say he is remorseful is an understatement,” Damman said. “He very clearly recognizes that his actions have done damage than can never be undone.”

Posted by Unknown at 7:27 AM No comments: A New York tabloid is calling the National Rifle Association's platform "sick jihad" and the organization's leader "Jihadi Wayne" after the organization fought legislation that would prohibit people on the government's watch-list for terrorists and suspected terrorists from purchasing guns.

The New York Daily News, a longtime NRA adversary, has published two front-page stories during the past week calling out the NRA and its "gun-loving Republican cohorts" for opposing legislation that would block people on the watch-list from purchasing firearms.

The tabloid's response comes after The Washington Post and others reported that, over the past decade, more than 2,000 terror suspects legally purchased guns in the United States — and a bill to put an end to it had hit NRA resistance.

"These bills have rarely made it out of committee, in part due to vehement opposition from the National Rifle Association and its allies in Congress," Wonkblog's Chris Ingraham wrote last week.
Posted by Unknown at 7:53 AM 5 comments:

FL: Good guy w/ gun shoots, kills fiancee b/c he thought she was an intruder. Another #DGU. No #GunSafety https://t.co/DgtVXf9nd8

Chicago Tribune - an interesting article about concealed carry guys acting properly - then there's this:
Later that month, a man attempted to help police foil an armed robbery at a south suburban Crestwood phone store by firing at the fleeing suspect. A police officer had to duck for cover when the unidentified license holder fired at the suspect.
None of those shooters was charged. Illinois law says firearms can be used in cases of imminent danger and in defense of self and others.
Posted by Unknown at 9:53 AM 2 comments:

The Safety of Modern Firearms