A Tennessee woman, who almost assuredly is “not racist,” was arrested for pulling a gun on a black man in a Walmart parking lot after he made the mistake of assuming she was the sort of person who would allow him to use her lighter to spark up a cigarette. Sherry McLain says she feared for her life, but authorities say that there was never any reason for her to fear when she was approached by her would-be victim.
“It scared me absolutely to death,” said McLain, who maintains that when she recklessly pulled out her firearm. She says she was loading groceries into her car in a crowded Walmart parking lot at around 4 p.m. Saturday. She says she was startled when a strange man approached her and began “hollering behind her.” Refusing to be a victim like a good little NRA acolyte, McClain pulled her weapon, but she says it was not enough to stop the hulking and scary 52-year-old black man from bothering her — James Crutchfield, she says, continued to approach her even after her weapon was drawn and she had told him to stop. McLain says that Crutchfield then moved away from her, toward another woman who was with a child “still hollering.”
To hear her tell her harrowing tale, she was lucky to escape the encounter with her life, but security footage, surely manufactured by the lamestream media to demonize gun owners, Crutchfield (surely a liar) and victims, who were likely paid off by one liberal cabal or another to lie about the situation, tell a different story.
Crutchfield did, indeed, approach her. He had just purchased a pack of cigarettes and forgot a lighter — one of the many downfalls of being a smoker. He says that the woman “immediately” pulled her gun on him and began screaming. And, of course, he did run — run — to another woman who did, indeed, have a child. The witness tells police that Crutchfield frantically approached her, yelling that McLain had a gun — one she was now pointing at Crutchfield, the witness, and the witness’ child. After asking her to call police, she says Crutchfield ran back into the store.
Posted by Unknown at 5:40 PM 8 comments:

The National Rifle Association (NRA) frequently claims that civilians who carry loaded guns in public are the most law-abiding citizens in America. While this is undoubtedly true in some cases, it has become apparent that the screening process in most states does little or nothing to stop dangerous individuals from carrying guns in public spaces.

In 2009, for example, there were six confirmed mass shootings (defined as four or more deaths) by concealed handgun permit holders, including the Fort Hood shooting by Nidal Malik Hasan and the killing of three policemen by neo-Nazi Richard Poplawski in Pittsburgh.

Approximately 38 states have “Shall-Issue” laws that force law enforcement officials to approve carry permits for any applicant who passes a basic computerized background check through the FBI’s NICS database (which is missing millions of disqualifying records). Individuals with misdemeanor criminal convictions, DUI offenses, past domestic abuse restraining orders, and histories of voluntary commitment to psychiatric institutions can and do obtain permits legally.   Training requirements-if there are any for permit holders-are no more rigorous than a single day-class in instruction.

The NRA has also successfully lobbied for “Constitutional Carry” laws in five additional states (AK, AR, AZ VT, WY). These states allow individuals to carry loaded guns in public with no permit, no screening and no training.
In truth, there is no constitutional “right” to carry a loaded, concealed firearm in public. The Supreme Court was clear on this issue in their decision in the case of  District of Columbia v. Heller. “The Second Amendment right is not unlimited,” wrote Justice Antonin Scalia. “It is not a right to keep and carry any weapon whatsoever in any manner whatsoever and for whatever purpose: For example, concealed weapons prohibitions have been upheld under the Amendment or state analogues. The Court’s opinion should not be taken to cast doubt on longstanding…laws forbidding the carrying of firearms in sensitive places such as schools and government buildings.”
Posted by Unknown at 8:09 AM 35 comments:

Republican presidential candidate and New Jersey Gov. Chris Christie vetoed a bill on Monday that would have strengthened mechanisms for removing guns from domestic violence abusers.

Under existing state law, individuals convicted of domestic violence or subject to a final restraining order are barred from possessing or buying guns. However, the law doesn’t require that offenders actually surrender the firearms they own, which makes the ban challenging to enforce. The proposed legislation would have required those prohibited from owning guns to turn them over to law enforcement or sell them within a short period of time.
State Assemblywoman Gabriela M. Mosquera, a Democrat who sponsored the bill, told The Huffington Post she was at a loss for words about Christie’s veto.
"The purpose of this bill is very clear, it just gives the courts the mechanism to ensure that those who are convicted of domestic violence, if they have firearms in the home, that those are taken away," she said. "This bill is about protecting the victims of domestic violence. It’s common sense, and I’m very disappointed that the governor didn’t see it the same way."
Posted by Unknown at 7:54 AM 6 comments:

Labels: pandering to the gun nuts


A 4-year-old boy shot himself in the upper abdomen Friday afternoon with his mother's gun in the parking lot of a grocery store in Troy, police said.
Capt. Bob Redmond said the boy's mother was loading up the family's car in the Kroger parking lot at Crooks Road and W. South Boulevard when the boy found the gun in the center console and fired it.
Redmond said the woman's 10-year-old son also was with them. He was not injured.
Police said the boy's mother is a licensed gun holder. The gun is a 9-mm Smith & Wesson semi-automatic handgun. Police said the trigger lock was not in place. The gun was loaded with 16 rounds.
The boy shot himself once in the upper abdomen. The bullet exited through his right thigh. His mother is with him at Beaumont Hospital. The boy is in stable condition.
"To carelessly leave an unsecured firearm in the glove box of a car, while you have kids, it's a little ridiculous at this point in time," said Redmond. "Every police department, I think, in the tri-county area supplies gun locks for free so you can lock your gun up. I don't know what more you can do to teach people to be safe with guns."
Posted by Unknown at 7:48 AM 15 comments:

Millions of dollars later, Maryland has officially decided that its 15-year effort to store and catalog the "fingerprints" of thousands of handguns was a failure.

Since 2000, the state required that gun manufacturers fire every handgun to be sold here and send the spent bullet casing to authorities. The idea was to build a database of "ballistic fingerprints" to help solve future crimes.
But the system — plagued by technological problems — never solved a single case. Now the hundreds of thousands of accumulated casings could be sold for scrap.
"Obviously, I'm disappointed," said former Gov. Parris N. Glendening, a Democrat whose administration pushed for the database to fulfill a campaign promise. "It's a little unfortunate, in that logic and common sense suggest that it would be a good crime-fighting tool."
Posted by Unknown at 7:22 AM 7 comments:

Evolve Facebook: Mom tells how her 6 yo found an unsecured gun and her advice. #GunSafety #kids pic.twitter.com/0VQFbnrjem

Labels: dangerous lawful gun owners, one strike you're out 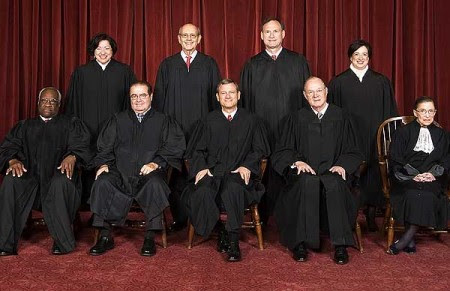