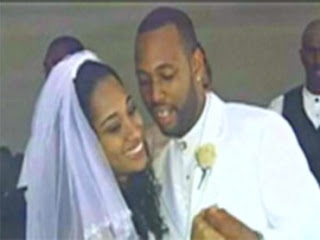 We're the Only Ones "Until Death Do Us Part" Enough

A former California Highway Patrol officer was convicted Monday of first-degree murder for shooting her husband, collapsing in the courtroom when the verdict was read. [More]

And then there's this bit of responsibility acceptance:

When I grabbed it tight, it fired.

Who am I to argue? She's obviously more highly-trained than me. Except, when she's scared and needs it the most, she just doesn't think about "tactics from work."

The fact is, many police officers are unfit, exactly like the civilian gun owners. Codrea is so obsessed with the fact that some people might think the cops deserve certain rights and privileges that he does not, that he continually harps on the "only ones" theme.

What's your opinion? Could law enforcement and civilian gun owners both use more screening and training?

Please leave a comment.
Posted by Unknown at 8:43 PM 4 comments:

Spartanburg, South Carolina According to the NRA

The NRA, masters of the spin that they are, came out with an interesting connection. They linked the story of the woman who defended herself with a concealed carry gun and the inflammatory comments made by the sheriff, Chuck Wright, to the more recent Waffle House shooting in which another concealed carry gun owner supposedly saved the day. Meanwhile according to the Spartanburg Herald-Journal, there's been a "dramatic increase in Right-to-Carry permit applications."

The problem with all that is this.  Startanburg is a violent and dangerous city, and not only because of criminals. During the same time that these two unrelated incidents of so-called legitimate DGUs took place, and the people are flocking to the gun shops motivated by fear and insecurity, there have been numerous improper uses of guns. The incidents of gun violence always outnumber those of legitimate DGUs.  In addition to that, each DGU contains some element of doubt as to whether it was really necessary or not, while each improper use of the gun is clearly and always improper.

Last April, a lawful gun owners shot one and wounded another.

Last January, a 14-year-old used his birthday present to shoot his aunty.

What's your opinion? Is the NRA doing their usual thing, cherry picking a couple incidents while ignoring dozens of others?

Phones and cops and a really determined woman with strong beliefs prevailed.  You have to give this woman credit for having the courage of her convictions.

I applaud her wholeheartedly for her force of personality, not lethal force.  Good for her.

By NBC News and msnbc.com staff

NBC Chicago
Jenar Sanders, 18, was charged with theft early Friday, police said.
Thou shall not steal. And one Chicago woman went to great lengths Friday to impart it.
A 50-year-old woman gave a robber a religious lecture early Friday after chasing him for almost a mile and cornering him in an alley, according to the Chicago Tribune.
The woman was riding a Chicago Transit Authority bus in the Loop just after midnight when police said Jenar Sanders, 18, swiped her wallet from her purse, jumped off the bus at Huron and State streets and made a run for it.
Read the original story by NBCChicago.com

Trailing Sanders, the woman alerted others as she ran down the street, according to the Tribune. A hotel staff member at the Omni Hotel and the CTA bus driver notified police, officers said.
The race came to a quick halt when police said Sanders ended up cornered in an alley off Superior Street between Wabash Avenue and Rush Street, surrounded by the victim and others who had joined the chase.
“She kept telling him God didn’t want him to steal her wallet,” a police source told the Tribune.
Sanders, who is 6-foot-3 and weighs 270 pounds, was arrested by two officers at 12:35 a.m.  The woman is 5-foot-8 and a little more than half his weight.
“The woman’s lucky," a police officer told the Tribune. "She grabbed him. She was lucky this guy wasn’t a violent guy. They had him in an alley without an exit. He’s a fairly substantial man.”
Authorities say Sanders admitted to the crime and was charged with theft.
NBCChicago.com's Shawna Hendrix and msnbc.com staff contributed to this report.

Update to Disturbing and Possibly Racist

From ABC, we have the photo,and we have the casual treatment of this act, of shooting at an item of clothing as if it were a person, a human target.


It is one thing to shoot at an anonymous human silhouette target. It is another thing altogether to personalize that target in some way that makes it represent an actual human being, particularly as in this case where it would be an unarmed human being.

It is at the very least bad taste to treat shooting a sitting President as humorous, given the number of assassinations and assassination attempts in our history.  It is insensitive to the man in office, it is vile to do to his wife and children and colleagues, who legitimately fear those who are political extremists that threaten his life.  What it is NOT is a reasonable expression of free speech; there is no expounding of ideas here, no wit, no political position, only hatred and violence.

"I don’t think that the shooting of that T-shirt is that big of a deal,”  Sgt. Pat Shearer, who took the photo, told ABC 15.

I don't think one of these police officers would find it nearly so acceptable if this was done to one of his uniforms, or to a silhouette with a photo of one of their colleagues on it, or to a sports uniform of one of these kids.  I don't think their families would either.  No supervisor would tolerate this as a simple expression of dissatisfaction with a work relationship, for example.

No one would find it funny, or just kidding around. Guns are not for kidding around about shooting other people.  This IS the state where a year ago Gabby Giffords was shot, where other members of Congress had their offices shot up or otherwise violently vandalized in conjunction with verbal threats made to office staff.

This is another instance of the kind of dubious judgment that calls into question the expertise and intelligence and decision making when done by people in authority and with the power of force entrusted to them.  The reality of what they did should be explained to them, if they are too stupid to understand it on their own.  I don't really believe they have failed to understand it. Rather they simply believe that such hatefulness is acceptable even admirable.  The taking of this photo, and the way it is posed, is a kind of boasting, a macho swaggering attitude towards guns and what guns empower them to do.

And that is NOT acceptable from law enforcement officers, or their buddies.  It is especially NOT the correct example to be setting for teenaged males who fall into  the worst possible demographic for gun violence.
Posted by dog gone at 4:50 AM 62 comments: