Donald Trump Thinks You Should Be Able To Bring Guns Anywhere, Except His Own Hotels


Republican presidential frontrunner Donald Trump regularly calls for getting rid of gun-free zones. However, if the real estate magnate is to succeed in his quest, he’ll have to start with places like Trump-branded hotels and golf courses.
For years, the New York businessman has boisterously voiced his opposition to gun-free zones. In a 2014 interview with the Washington Times, Trump criticized the Aurora theater where James Holmes massacred 12 people and injured 70 more for being a gun-free zone. “If some of the people in the movie theater had a gun, they’d have been shooting at him,” he said. “Nobody had a gun so they were totally defenseless.”
ThinkProgress spoke with a number of hotels and golf courses in the Trump empire and found that multiple locations were gun-free zones, even for guests with concealed-carry permits.
“No, we don’t allow any firearms in the hotel,” a manager at Trump International Hotel & Tower Chicago told ThinkProgress over the phone.
Guns are also banned at Trump National Golf Club in Los Angeles. An employee at the course told ThinkProgress that “we don’t allow firearms on the property.” Asked whether that ban applies even to those with a concealed-carry permit, he said that “with a permit we still don’t allow firearms.”
Posted by Unknown at 9:59 AM 4 comments:

Detroit Boy, 11, Charged With Manslaughter in Fatal Shooting of 3-Year-Old - No Charges for the Gun Owner 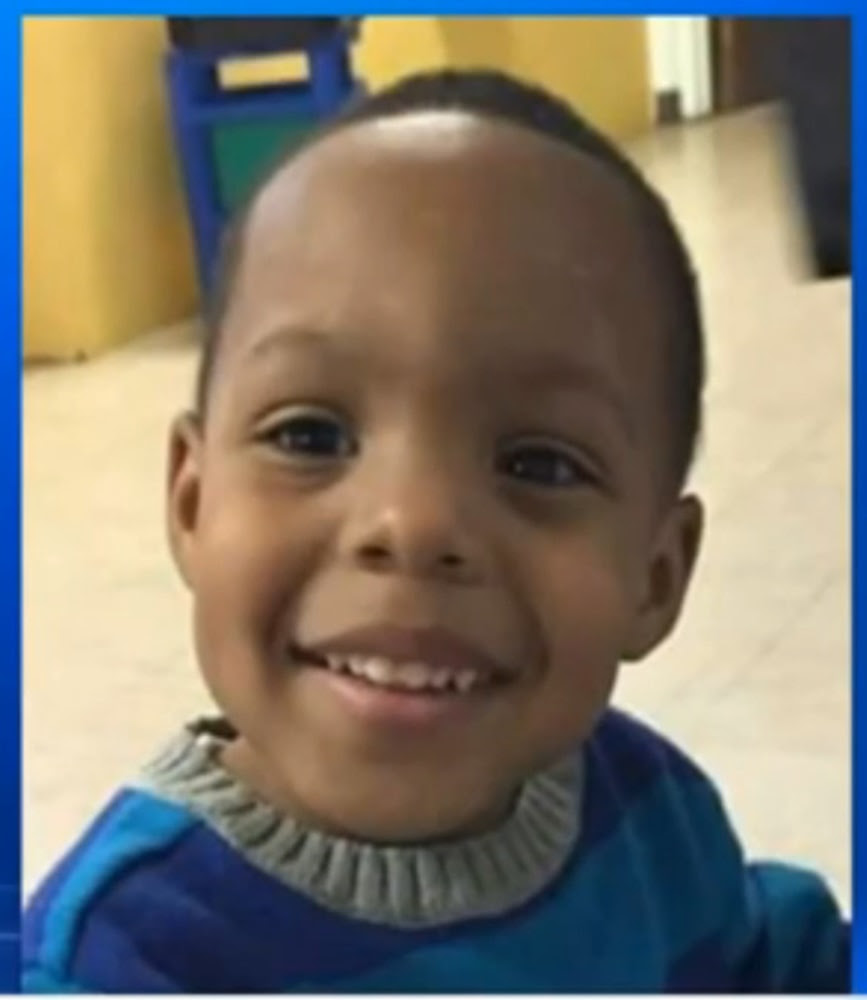 
An 11-year-old Detroit boy was arrested after he allegedly killed a 3-year-old with a handgun Monday — a rare case involving a suspect so young, local prosecutors say.
The suspect has been charged as a juvenile with manslaughter (death by weapon aimed with intent but without malice) and for possessing a felony firearm, according to NBC affiliate WDIV. His bail was set at $5,000 on Wednesday, and he faces a pretrial hearing next week.
Posted by Unknown at 10:23 AM 8 comments: 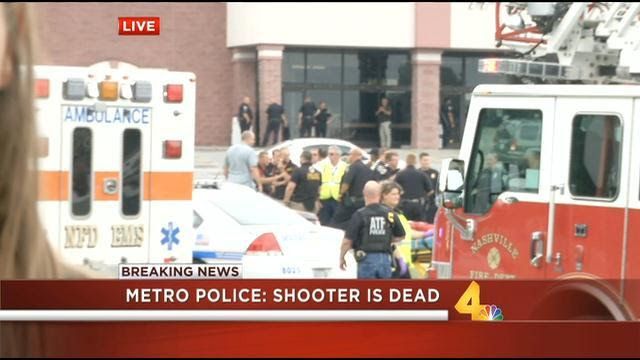 
A shooter who entered a movie theater in Nashville during a “Mad Max” showing is reported to have died at the scene.
A man armed with a gun and a hatchet is reported to have fired shots at the Carmike 8 Cinemas in Antioch, Tennessee today. The Metro Nashville Police Department confirmed the suspected gunman had been killed.
Local authorities said in a short press conference that the man had a gun, a hatchet, and two backpacks, both of which are being investigated.
The movie playing at the time was “Mad Max: Fury Road,” according to Don Aaron of the Metro Nashville Police Department.
Posted by Unknown at 9:27 AM 11 comments:

In an echo of the Biblical vision of beating swords into ploughshares, the Los Angeles County Sheriff’s Department in California said this week it would melt approximately 3,400 confiscated firearms and use the steel as concrete reinforcement.

The weapons will be melted into steel reinforcing bar, better known as ‘rebar,’ and transformed into elements of construction for upgrades in freeways and bridges in Arizona, California and Nevada.
In all, 5.25 tons of guns will be melted this year in the annual event that goes beyond the call of duty set out in the California Penal Code, which says weapons unable to be sold to the public or returned to their owners must be destroyed.
“This activity transforms weapons that were intended or used to inflict harm into a product that improves our landscape and economy in Southern California,” said Mark Olson, general manager at the Gerdau Steel Mill in Rancho Cucamonga, which donates its furnaces for the purpose.
Posted by Unknown at 9:16 AM 7 comments:

Labels: Gun manufacturers laughing all the way to the bank

Posted by Unknown at 9:08 AM No comments:

Labels: lying gun rights fanatics, the bastardization of the 2A

Miami 3-Year-old Shoots Himself in the Head - No Charges

“We both have firearms. We always secure it. We had it locked up but obviously our son is a very curious boy, he want to start climbing stuff,” said Jean. “Please don’t bash us because it was in a secure area, don’t bash us as parents because we are good parents.”
Posted by Unknown at 8:22 AM 17 comments:

Firearm Ownership and Violent Crime in the U.S.: An Ecologic Study. 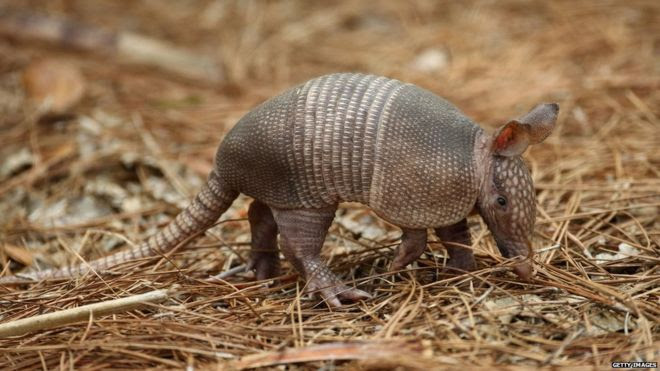 Three shots were fired and at least one ricocheted off the shell.
The gunman was treated for a minor injury to the jaw, USA Today reports, but the small armoured creature has not been found and its fate remains unclear.
Cass County Sheriff Larry Rowe told Reuters that the shooter opened fire in the early hours of Thursday morning when he spotted the armadillo on his property.
"He went outside and took his .38 revolver and shot three times at the armadillo," Mr Rowe said.
"Karmadillo!" tweeted the comedian and animal rights supporter Ricky Gervais.
Thursday's incident is not the first armadillo bullet deflection to end in a human wounding in the southern United States in recent months.
In April a Georgia man injured his mother-in-law when a bullet ricocheted off an armadillo, "hit a fence, went through the back door of his mother-in-law's mobile home, through a recliner she was sitting in, and into her back,"
Posted by Unknown at 10:39 AM 7 comments:

Local news
A celebratory scene turned tragic early Sunday morning as gunmen interrupted a college send-off party at an Austin home, wounding four men and killing another, according to witnesses and police.
A young man who asked not to be identified said he and his friends threw the party on the 4800 block of West Kamerling Avenue to celebrate starting college.
He said about 50 people were at the party when two shirtless men ran up to the house and fired through a gangway at a crowd gathered in the backyard. The shooting happened about 1 a.m., police said.
Posted by Unknown at 11:20 AM 5 comments:

Allen B. West: Navy Commander to Be Charged for Returning Fire Against Chattanooga Gunman 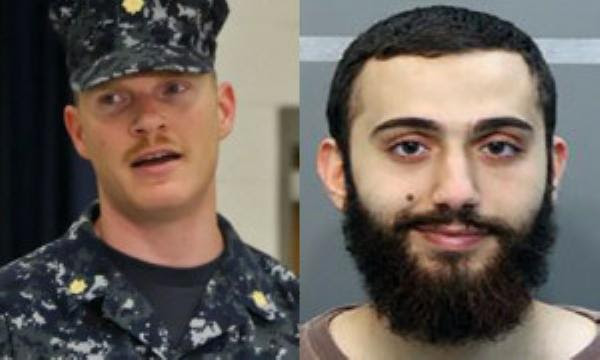 Western Journalism
On 1 August 2015, the oft-unreliable web site of conservative commentator Allen B. West published a blog post with the clickbaiting headline “What’s happening to this heroic Navy officer from the Chattanooga shooting will make your blood BOIL.” That post claimed that Navy Lt. Cmdr Timothy White, who is believed to have used a personal weapon to return fire against the shooter who killed four Marines and one sailor during a 16 July 2015 attack at Chattanooga-area military facilities, was going to be brought up on charges of illegally discharging a firearm on federal property by the Navy:
That post was largely cribbed from a thinly-sourced Western Journal article that in turn referenced a Navy Times article that discussed the Navy’s investigation into the shooting but made no mention of White’s being brought up on charges:
However, as of 2 August 2015, U.S. Navy representatives responding to Facebook inquiries about the matter have been stating that the incident is still under review and no charges have yet been brought against any Navy personnel: 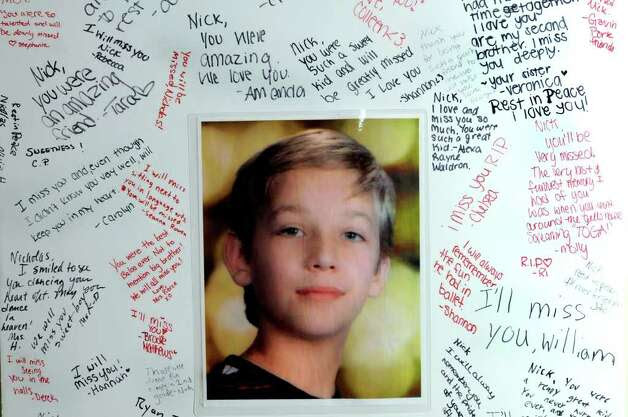 
Nicholas’s Law is named for twelve-year-old Nicholas Naumkin, who in December 2010 was fatally shot while playing with his friend who found his father’s unlocked and loaded handgun.
“I applaud the State Assembly’s vote today passing Nicholas’s Law, which will prevent future tragedies such as the one that devastated our family.” said Oksana Naumkin, Nicholas’s mother. “With today’s vote, we are a step closer to enacting a statewide law that will mean other families will not have to endure our ongoing pain. Now it is the Senate’s responsibility to act. We are not going away. We will continue to fight for Nicholas’s Law until it is the law of the State of New York.”
Safe storage laws exist in Rochester, Buffalo, Westchester County and New York City. Last week, the U.S. Supreme Court declined to hear a case challenging San Francisco’s 2007 safe storage law.
Posted by Unknown at 12:24 PM 44 comments: