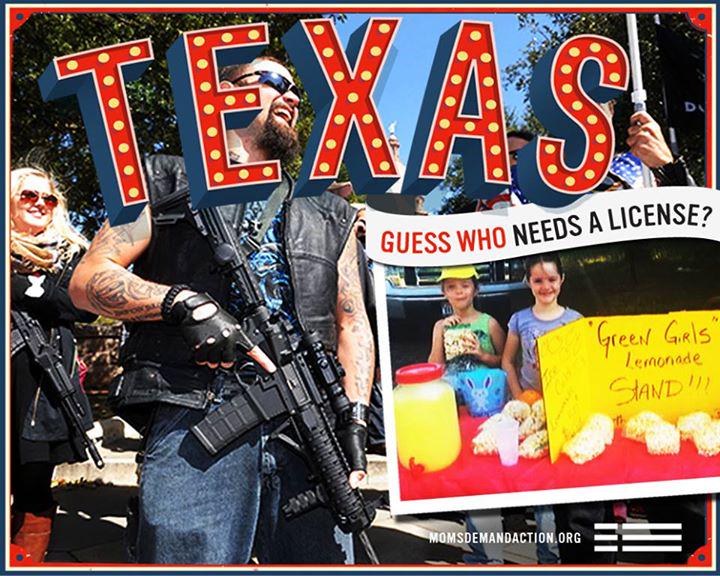 South Carolina on Thursday took a step toward better protecting victims and punishing batterers after more than a decade as one of the deadliest states for women at the hands of men.


Surrounded by lawmakers who fought for tougher penalties and a partial gun ban for offenders and victims advocates in the Statehouse lobby, Gov. Nikki Haley signed the domestic violence reform bill passed by the House and Senate after months of brinkmanship and negotiations.

State Attorney General Alan Wilson, who lobbied lawmakers to give prosecutors the tools they needed to lock up repeat offenders and get others into treatment, said Thursday the law represents a milestone for South Carolina.
Posted by Unknown at 8:02 AM 10 comments:

When it comes to personal protection, why not be proactive?

The ultimate concealed self-defense tool from FAB Defense, the Gotcha Hat can go with you where other weapons are prohibited.

The less-lethal self-defense tool is hidden in plain sight adding confidence to any individual wearing the hat under any set of circumstances.

The tool is made of MIL-SPEC reinforced polymer composite, so it won’t trigger metal detectors and is mounted into the brim of a stylish hat so your attacker will never see it coming.

Martial arts experts Dov Granchrow and Yaron Hanover designed the Gotcha hat so that individuals, even when wearing little clothing (such as shorts or swimsuits), would never be caught empty-handed. The Gotcha can be drawn easily from the holding mount within the brim of the hat in a non-threatening motion, which will catch your attacker off guard. Not only will users confidently defend themselves, they’ll have the last word: Gotcha. The personal-defense tool enables quick pressure point standoff as well as restraining and disarming techniques.

Gov. Christie: Blame Democrats For NJ Gun Laws, Not Me

On June 9 2105, New Jersey Governor Chris Christie (R) responded to a questions about gun control in his state by blaming Democrat legislators.

According to NJ.com, Christie was speaking at the Saint Anselm Institute of Politics, where he took questions from audience members.

When asked about the death of Carol Bowne – the Berlin Township resident who was killed in her own driveway while waiting on state permission to own a handgun for self-defense–Christie said;


“I’m dealing with a Democratic legislature — that’s what New Jersey’s given me. They have a very, very different view of the Second Amendment than I do. But they’re going to have to answer for these things.”

He did admit that Bowne’s death will focus attention on gun control for a time, but said he is not sure any real change to the gun control laws will result. He put it this way:


“The Carol Bowne situation is going to force more conversation in our state, although I am not confident that it will change.”

Labels: fear of the gun lobby

The U.S. Supreme Court has declined to block two San Francisco gun control measures that were fiercely opposed by the National Rifle Association. At least one veteran court observer says the high court's decision raises questions about how the justices interpret the Second Amendment.

First, the basics: A 2007 San Francisco ordinance requires residents to keep handguns under lock and key or to use trigger locks when they are not carrying their weapons. Another law, dating to 1994, bans the sale of ammunition that expands on impact, or hollow-point bullets.

Plaintiff Espanola Jackson and seven other petitioners, including the NRA, filed suit in 2012. They sought an injunction to keep the lockbox law from being enforced. But in March 2014, the 9th U.S. Circuit Court of Appeals sided with the City and County of San Francisco and left both measures intact.

In their appeal to the U.S. Supreme Court, the plaintiffs repeated the argument they had made all along, claiming that "San Francisco stands alone in insisting that it may deny its residents immediate access to operable handguns in their own homes under the guise of regulating the manner in which they store them." They painted the picture of a law-abiding homeowner who "must fumble for the reading glasses and the lockbox while an intruder roams the premises."

The plaintiffs argued that they had precedent on their side, citing the high court's ruling in District of Columbia v. Heller. In that case, the justices ruled that under the Second Amendment a gun owner has a right to self-defense with a gun available within the home.

But only two justices, Clarence Thomas and Antonin Scalia, voted to review the case. Four of the nine must agree to hear a case.
Posted by Unknown at 7:24 AM 19 comments:

Donald F. Scott was working as security for FOX News amid the unrest on May 1 when he was arrested for carrying two firearms without a permit to carry in Maryland. He remains in jail, awaiting trial on July 1. (Baltimore Sun)

As several hundred protesters milled around Baltimore City Hall after a citywide curfew went into effect May 1, a mounted city officer on Fayette Street said he spotted a man holding handcuffs and an ammunition box.

Officer John Potter then watched Donald F. Scott — who was working as a security guard for Fox News at the time — open the rear hatch of a Chevy Suburban and pull a Glock handgun from his waistband, according to the officer's account.

Scott, 50, has been in jail since the incident, held on $350,000 bail on two gun charges, according to the Baltimore public defender's office.

During the unrest following the death of Freddie Gray, a number of national media outlets reported  from Baltimore's streets. Television networks such as Fox provided security to accompany reporters and personalities, including Geraldo Rivera.

More than 11,000 people in the United States are killed each year as a result of gun homicides, and the firearm homicide rate in the U.S. is seven times higher than in the average high-income country.
Posted by Unknown at 7:12 AM 7 comments:

Link provided by George Jefferson, who said this "Courage enough to talk about the real agenda of the anti's‏"

Back in May this year, Andrea Colledani wrote an article for The Beacon suggesting that the Second Amendment needed to be revised to fit modern needs. Unfortunately, she did not have any suggestion for what course of action might be taken.

Colledani was right of course, the Second Amendment is outdated. Militias are redundant in the modern developed world, but the right to bear arms goes beyond that. The guns used at Lexington and Concord were hunting rifles, and regardless of your participation in the sport, there is no denying that its practice is beneficial. When deer populations skyrocket, the creatures destroy crops worse than rats, and coyotes are more violent pests. I realize that these are less of an issue in Miami than in my native Iowa, but the U.S. is made of much more than South Florida.

If I had my way, the solution to gun rights would be in your wallet. I don’t believe anyone needs to own a gun. Some careers may benefit from their use, but that’s on a professional level, not a personal one. If you need a gun at work, you should pick up your sidearm when you punch in and drop it off when you punch out. But what about the every man, those hunters I spent my last paragraph defending? They wouldn’t own their guns or their relatives. I say all ranged weapons – shotguns, rifles, pistols and bows – need to be collected by the government, catalogued and put in a library. You want to shoot Bambi? Fine, but I’ll need to see your gun-library-card.
Posted by Unknown at 6:54 AM 2 comments:

John Wayne on Liberty, Freedom, and the Role of Government

Posted by Unknown at 7:12 AM No comments:

Man Who Shot At George Zimmerman Is Using Stand Your Ground

Call it karma or irony or kismet or fate. Or call it obscenely predictable. The man who shot at right-wing hero and NRA poster boy George Zimmerman is claiming self-defense under Florida’s Stand Your Ground law.
Newser via USA Today reported:

The attorney for Matthew Apperson said today that his client qualifies because he opened fire when he thought his life was in danger. As the AP notes, Zimmerman’s legal team considered but ultimately chose not to pursue a stand-your-ground defense after Zimmerman killed Trayvon Martin.
Under Florida’s law, Apperson would get a hearing before his trial at which a judge would decide whether he’s in the clear because of the self-defense strategy.

After all of the reports of Zimmerman’s aggressions and attacks – including attacking a police officer years ago, before he killed Trayvon Martin after aggressively following him because he was wearing a hoodie even after police told him to stand down, it seems like a pretty easy point to make that if you saw Zimmerman coming at you, you’d feel under attack. Especially if he had threatened to shoot you in the past and had found you at your place of employment and had driven there and was just parked in the lot after threatening you.

Zimmerman only suffered minor injuries from the bullet that went through the passenger window of his vehicle after what the defendant described as a “road rage incident”, which involved Zimmerman pulling a gun on him.
Posted by Unknown at 5:02 PM 18 comments:

A 25-year-old Capitan man shot and killed a charging bear while looking for shed antlers in the Lincoln National Forest.

The man was not injured by the bear. He reported Thursday evening that he was searching for antlers in the forest between Carrizozo and Capitan when he encountered the bear as he came over the top of a hill. He told officers that the bear charged and he shot it with his .30-30 caliber rifle from about 10 yards away.

Department of Game and Fish Officers investigated the incident and recovered the carcass of the bear, an adult female, early Friday morning. There was no evidence to indicate the presence of cubs.


Referring to the man who shot the bear, Game and Fish Corporal Curtis Coburn said, “Based on a thorough review of the scene, I believe he had little or no choice but to take the action that he did.”