Go Upstate.com reports suggested by one of our anonymous commenters, I suppose as an example of a legitimate DGU and to point out how much better off we are with concealed carry. 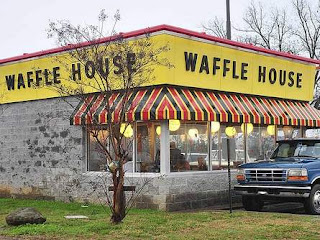 Two masked men had entered the restaurant with the intention of robbing it, and at least one of them was armed, authorities said.


A customer, who is a concealed weapons permit holder, thwarted the robbery by pulling his gun and attempting to hold the men until deputies arrived. When one of the men pointed his gun at the customer, the patron fired, killing the teenager.

Well, first of all, they always say "the bad guy pointed the gun me." I don't believe it. What often happens is the "good guy" shoots too quickly and afterwards decides to make the part up about pointing the gun in order to justify what he's done.

And in Spartanburg, South Carolina, what do you think the other customers are going to say? Do you think they'll tend to defend the dead black kid? I don't.

The problem with most DGUs is exactly this. Even the shooter is not sure if it was really necessary, at least in most cases. If he's honest about it, he must admit it's not possible to know the intentions of the armed robber. Blowing the guy away at the first opportunity and afterwards calling him names like "goblin" and "scumbag" is not the right behavior.

I picture these concealed carry guys in diners and shopping centers like their hunting counterparts in the woods. A black teenager waving a gun around is like a 10-point buck that suddenly appears 100 yards away. The only problem is the cops won't let them take a trophy for their wall at home.

What's your opinion? What percentage of legitimate DGUs do you think are really legitimate, read necessary?

Please leave a comment.
Posted by Unknown at 8:09 AM