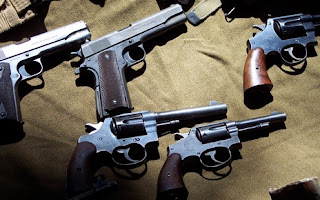 The Brady Campaign published a report about the numbers of guns that go missing directly from the manufacturers.

From 2009 to the middle of 2011, at least 16,485 firearms left gun manufacturer’s inventory without a record of being legally sold. The 16,485 “missing” guns are likely a vast undercount of the total number of guns that disappeared from gun manufacturers in the last two and a half years.

Now, this adds some interesting detail to our theory about gun flow. Many of the guns which end up in criminal hands are never even shipped to FFL gun dealers, they go directly from the manufacturer to the black market.

I call that fascinating. What do you think? Please leave a comment.