We have not yet learned why the shooter did this terrible thing; but it is a safe bet that he thought he had some sort of right to do so, or justification to do so.  It is unlikely he thought he was wrong to do it, or he wouldn't have done it.

In breezing through this update from CNN, I note they identify two assault rifles, and  expanded capacity 30 round magazines were also involved.  Clearly these are significant in mass shootings.

and from the  Houston Chronicle: (my emphasis added - DG)

"Carson City Sheriff Ken Furlong said Sencion, 32, a 1997 graduate of South Lake Tahoe High School, had a history of mental health issues and had been on long-term medication.

Authorities were working to build a profile of his life and medical history.
During a solemn news conference the day after the shooting, Furlong acknowledged investigators might never know what triggered the deadly attack, the worst in the history of this small capital city in the shadow of the majestic Sierra Nevada range."

and I think this reflects part of the problem, the attitude of people taking the law into their own hands, feeling they have the right to decide to end the life of another person rather than law enforcement and the courts having jurisdiction:

"There's so much hostilities," Fike said. "It's like a poison that has permeated our society."
She also expressed sympathy for Sencion's family "who is in grief, too."
Nathan Sours Sr. and his wife, Linda, drove 30 miles from Reno to pay their respects.
"This is my small token of gratitude," said Nathan Sours, a veteran who served in the Army and National Guard.
"They were helpless," he said of the unarmed guardsmen. "If I'd have been around I would have taken him out."

OR, Mr. Sours (what an appropriate name) YOU AND your wife might have both been killed instead. 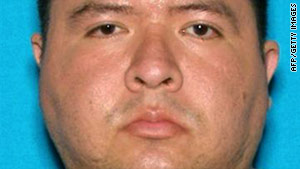 The gunman, Eduardo Sencion, 32, of Carson City, Nevada, died after shooting himself.
It remained unclear why a man opened fire at a Nevada IHOP restaurant and killed four people, including three Nevada National Guard members, before turning the gun on himself, authorities said Wednesday.
A total of 11 people were shot Tuesday, Carson City, Nevada, Sheriff Ken Furlong said. They included five uniformed Army National Guard members and six civilians, including suspect Eduardo Sencion, 32.
Since the number of military members and civilians was nearly equal, "we cannot conclude at this time that our military forces were being specifically targeted," Furlong told reporters.

Sencion was carrying an assault rifle and a pistol when he went into the IHOP Tuesday morning, Furlong said. A second assault rifle was in his vehicle. Only the assault rifle he carried was fired, the sheriff said. An empty 30-round gun magazine and two other magazines also were recovered, Furlong said Tuesday night.
While Sencion had no prior criminal history, his family told police he had a history of mental illness, Furlong said.
"This is unquestionably the most devastating attack on our community in Carson City's history," the sheriff said. The city has not had a homicide in over three years, he said. "Yesterday, our town was shocked to the core."
Chilling 911 audio recordings were released Wednesday. One caller yells right before a barrage of gunshots is heard outside the IHOP. "He is shooting at us," the man says.
Sencion was born in Mexico but was a U.S. citizen, Furlong said.
Authorities released the names of the victims Wednesday. They are: Maj. Heath Kelly, 35, of Reno, Nevada; Sgt. 1st Class Miranda McElhiney, 31, also of Reno; Sgt. 1st Class Christian Riege, 38, of Carson City; and Florence Donovan Gunderson, 67, of South Lake Tahoe, California, a civilian who was at the restaurant with her husband, a retired Marine.
Kelly was a decorated field artillery officer, an Iraq veteran and a husband and father, said Brig. Gen. Bill Burks, adjutant general of the Nevada National Guard. He was an avid student of military history and was known for his "dry sense of humor."
McElhiney was a "fast riser" in the corps, with specialties in the medical, dental and human resources fields, Burks said. She also owned a small baking company and frequently provided cupcakes for corps events, he said.
Riege was deployed to Afghanistan from 2009 to 2010, and was a fitness buff and a father of three, Burks said. He also served in the U.S. Navy for two years.