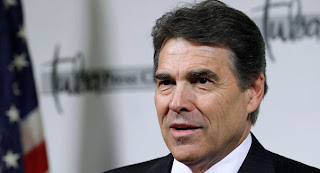 As Rick Perry picks up his campaign going into the fall, his home state is set to add six more executions — including a somewhat controversial one — to the already record tally he’s amassed during his years as governor. They’ll come at what could be politically inconvenient times, as Perry participates in key debates and heads out on the trail.

This very interesting article points out a sad reality.  The American people are mostly in favor of capital punishment.  We've had this in the past, so that's not the sad reality.  Now, they predict, this will not even be a major issue in the presidential campaign.

This should be a burning and blazing issue. Apathy about the death penalty is a terrible symptom of a very sick society. But what kind of traction can anti-death penalty advocates expect when the majority favor it.

For me there's no question, the death penalty is unacceptable. Most of the executed criminals have mitigating circumstances such as addictions and mental illness and don't deserve it in the first place. Others are so damaged they seem to be evil incarnate, but how is it possible for us to tell them it's wrong to kill and then turn around and kill them?

Life in prison with no possibility of parole should be the maximum sentence.