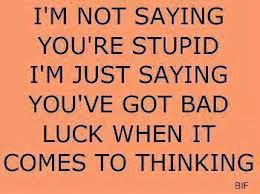 
A person who breaks into another's home is violating the rights of the owner. But the State of New Jersey doesn't have the right to decide who gets to travel within its borders. I liken this to the situation in Mississippi during segregation. It was wrong to tell some people not to drink from certain water fountains or not to occupy certain seats on a bus. It's wrong to bar good citizens from having their firearms in their possession. 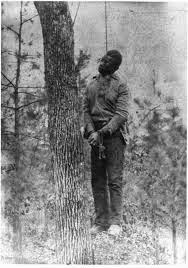 First, equating racial segregation to gunloonery is not a hill one wants to die on.  According to Greggy:

the photo here .....is the equivalent of not being able to fondle gusn across state lines.


Second, let's debunk the myth of "good citizens" once again and sagely.

It's important to understand what Greggy means by "good citizen" is someone who's not a felon..sometimes.  IOW, a "good citizen" can be someone who has a lengthy criminal record and/or someone with major substance abuse/mental health/alcohol issues.

Third, it's rather offensive when gunloons, such as Greggy, attempt to link gunloonery to the civil rights movement.  Would Martin Luther King, Jr or Medgar Evers be alive today had they been armed to the teeth?  How about Malcolm X?  The plain fact is gunloonery has been a major factor in trying to stem the advancement of black civil rights

Fourth, Greggy has continued in his refusal to read Heller.