Another run in with neo-Nazis

And I feel good.

As I said, this wasn't my first since I had run ins with the Front National and Vlaams Blok when I lived in Belgium ("you really shouldn't speak another language since we are really stupid people").   Maybe they didn't bother me since the languages I was also speaking were English and Russian (as well as the other community's language).

Once again, speaking another language, in this case Dutch, was nearly as much fun, but not as up close and personal as dealing face to face with members of the Front National or Vlaams Blok.

Anyway, posting that they were assholes who would have been killed under the Nazi's action T4 (killing the mentally ill) along with the fact that their Latin is wrong ("Europe's Sword" is "Europae Gladium" or "Gladium Europae") in Dutch earned me an immediate ban from "Gladius Europa" (sic).

I'm sure my draft dodging great-grandfather (from Bismarck's Army) would have been proud.  I wish I knew his sister since I know that she went through both World Wars and Communism (if you know a Lena Fuchs or her family from Meerane...).

My mother was in Berlin when the wall came down (and I was sitting in England waiting for the knock that would have said "your country needs you.").

Let's face it, I consider myself European since I am first generation (being born here) American on my dad's side and my mother has a long heritage of European nationalities (mostly English and German with some "French").  I fit in when I lived in Belgium.

Anyway, I couldn't deliver my coup de grace of:

While posting this picture: 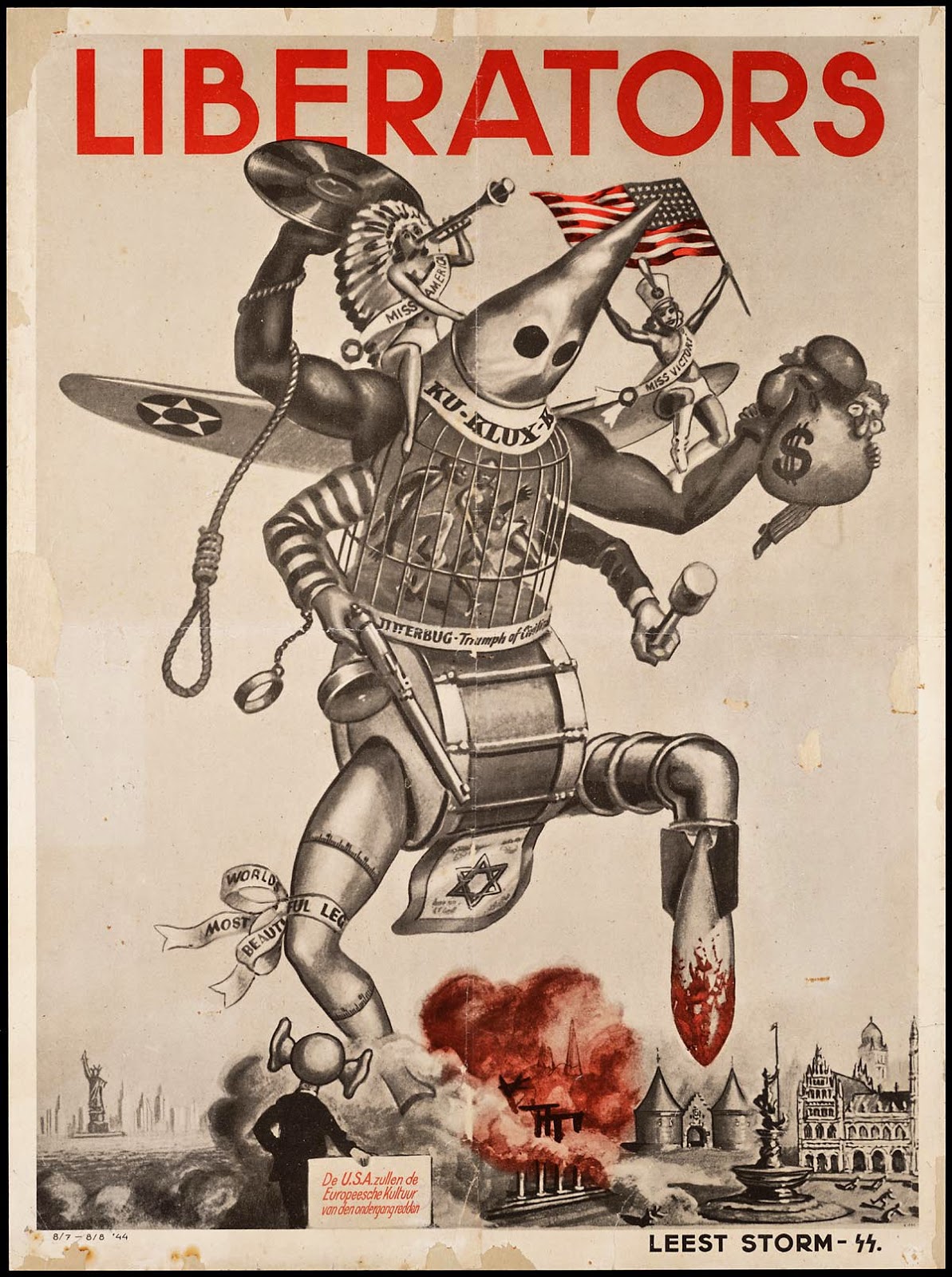 to make the point that real Europeans want fuck all to do with this nonsense.  We've been there and done that.

So, where is JFPO with their posturing when there are real Neo-nazis out there?

Anyway, given my background, I am probably much better at fighting these people without a gun than JFPO is with them.

Anyway, if you know a European language (besides English) and want to have a giggle: the "Gladius Europa" Facebook page is a fun playground.

They don't like real Europeans telling them that they are fucked up: especially if it is in a real European language.
Posted by Laci The Dog at 10:14 AM