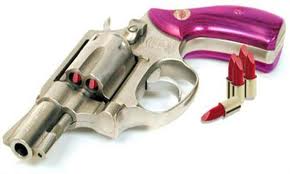 Would you use a stapler to saw through a 2x4?  Would you write the Great American Novel using an Excel spreadsheet?  Most rational people wouldn't.

But gunloons would have you believe they need an assault weapon for self-defense or hunting.  To justify this foolish desire, they claim many assault weapons are only classified as "assault weapons" because of "cosmetic features."

But the military understands what an assault weapon is.  In fact, they're the ones who created the specs for an assault weapon.  And they learned their lessons the hard way, through multiple failures and lessons learned in combat.   Early on, the armed services thought a rifle's effectiveness was solely based on the ability of marksman to accurately put a round into a relatively small target 500 yds away.  There were plenty of rifles that fit this bill.  But the military learned the hard way; such rifles were generally heavy, bulky, and were high maintenance.  Additionally, the military learned that very few combat situations, in the 20th century, involved opposing forces facing off at several football fields' distance and firing at each other. In reality, most infantry combat occurs at distances of between 15 and 50 yards.  Further, such combat generally occurs between combatants who are not marksmen and are fatigued, stressed, and afraid.

Compounding the situation--as if it could get worse--distances are rarely known and most targets aren't actually seen.  IOW, a combat infantryman is relying on vague visual cues such as perceived movement or muzzle flashes.  A combat situation is much like a bar fight in that the fighter who gets the first several shots in, usually prevails.

Don't believe it? Well, I guarantee you'll spend about a thousand times longer spit-shining your boots (something you'll never need to do in combat) in basic training than you will on the range.  Think it's an accident?

In the next part, I dismantle the cosmetic features nonsense.
Posted by Jadegold at 2:39 AM