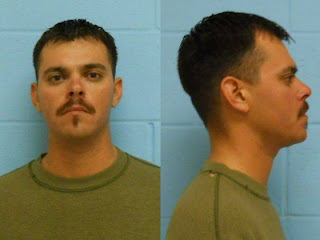 A man faced criminal charges after his 14-year-old nephew accidentally used his weapon to injure two women at a family gathering Saturday night.

Brian Ariel Bazan, 29, was comparing hunting firearms with one of his cousins when Bazan’s nephew got a hold of a .45-caliber handgun, said a witness who refused to give a name.

Investigators do not believe it was the child’s intent to harm his two relatives, but a McAllen municipal judge charged him with deadly conduct, a Class A misdemeanor, and transferred him to the custody of the Hidalgo County Juvenile Detention Center.

Bazan also faced misdemeanor Class A charges for making the firearm accessible to his nephew, Morales said. A judge issued him a $3,000 personal recognizance bond.

That sounds like the responsible adult gun owner gets less of a punishment than the kid. Going to juvie is no joke for a 14-year-old, but a misdemeanor gun charge is.

What's your opinion?  Please leave a comment.
Posted by Unknown at 9:04 AM