via The Salt Lake Tribune Opinion by Jeff Clawson 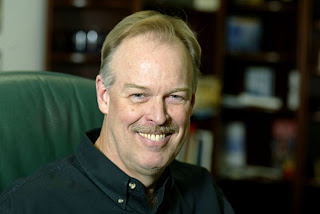 The Second Amendment is dead — a victim of its own making. It has been killed over and over again. It’s been dying since the mass murders at the University of Texas Clock Tower, 101 California in San Francisco, McDonalds in San Diego, Columbine, Virginia Tech, Trolley Square, Fort Hood Army Base, and now Aurora, Colo. It only remains to be declared DOA and repealed — plain and simple.

If we add up all the sorrow, injury, disability, terror, and death caused by guns in this country, compared with the good that personally owned guns have proven to be since 1776, there cannot be any other conclusion. On this one, the Founding Fathers might have had an initial idea, based on their active revolt from the British, and the need for everyone to have a single-shot, barrel-loaded gun at the ready, just in case.

But this gradually disappeared, as a need for the populace to grab a gun and overthrow the oppressors became no longer valid. The chances of this type of "defense of freedom" uprising happening today is not only slim but none. The Communists, North Koreans, Nazis, and various comic-book villains, are not coming for us.

Two hundred years of experiencing this constitutional mistake should be enough to end this death-causing, not freedom-protecting, clause. The self-protection aspect of this thing is incredibly weak — just ask Trayvon Williams in Florida. In the past month alone, we saw two infants shoot themselves in the head and die from guns owned by their grandfather and father, respectively.

I'm not convinced repeal is what's needed. I've always thought, sooner or later, the citizens of the US will wake up to the obvious and relegate the 2nd Amendment to the scrapheap of irrelevance.

What do you think?  Please leave a comment.
Posted by Unknown at 9:18 AM