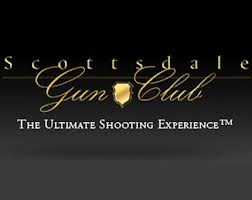 A man died of a self-inflicted gunshot Saturday at the Scottsdale Gun Club, according to police.

It is the third self-inflicted shooting there since 2007, according to records. Two were intentional and fatal.

In May, a 52-year-old man accidentally shot himself in the chest at the club, which bills itself as America's largest indoor range. He was conscious and talking while en route to a hospital.

In October 2007, a 20-year-old Scottsdale man fatally shot himself in the head. He had written a suicide note.

That works out to about one a year, more or less. Is that average for a gun range, do you think?

Please leave a comment.
Posted by Unknown at 9:02 AM