Blackwater Fines Up to $50 Million 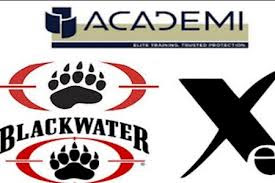 The security firm formerly known as Blackwater has agreed to pay a fine of $7.5 million to avoid US prosecution for smuggling arms, the Justice Department said in a statement Tuesday.

The company, now known as Academi, will pay the fine in addition to a previously agreed $42 million settlement with the State Department over violations of the Arms Export Control Act, the Justice Department said.

What's your opinion?  Are these private contractors a necessary part of our foreign policy? Or is this  just another example of crooked government spending policy?

Please leave a comment.
Posted by Unknown at 9:52 AM