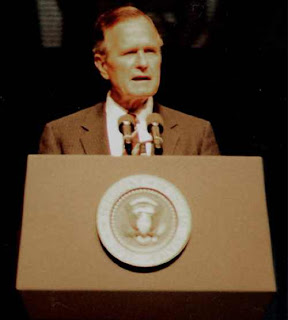 “On April 13, less than a week before the Oklahoma City bombing, Mr. LaPierre signed a fund-raising letter asserting that President Clinton’s ban on assault weapons ‘gives jackbooted Government thugs more power to take away our constitutional rights, break in our doors, seize our guns, destroy our property and even injure and kill us,’” The New York Times reported in May of 1995:

From a “special report” in “The American Rifleman,” the N.R.A. magazine, June 1994 edition, written by Wayne R. LaPierre Jr., the association’s executive vice president. It is titled, “The Final War Has Begun.”

“How long are the American people going to put up with this sort of thing? It is popular at this time to compare the behavior our uncontrolled Federal agents to that of the Nazis in the Third Reich. It may be that this is a valid comparison, but the Nazis are long ago and far away, whereas the ninja in the U.S. are right now in full-cry and apparently without fear of any sort of control. The move mainly at night. They conceal their faces. They use overwhelming firepower and the make almost no effort to identify their targets. They are scarier than the Nazis — who at least never concealed their faces.”

However, your broadside against Federal agents deeply offends my own sense of decency and honor; and it offends my concept of service to country. It indirectly slanders a wide array of government law enforcement officials, who are out there, day and night, laying their lives on the line for all of us.

You have not repudiated Mr. LaPierre’s unwarranted attack. Therefore, I resign as a Life Member of N.R.A., said resignation to be effective upon your receipt of this letter. Please remove my name from your membership list. Sincerely, [ signed ] George Bush