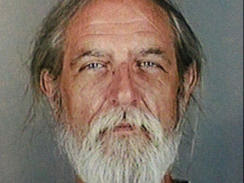 Police have found a body inside the charred remains of the home of the New York man who police say shot and killed two firefighters and injured two more early on Christmas Eve.

William Spengler, 62, who served 17 years in prison for manslaughter in the 1980 hammer slaying of his grandmother, set his house afire before dawn on Dec. 24, before taking a revolver, a shotgun and a semiautomatic rifle to a sniper position outside, Police Chief Gerald Pickering said.

Police revealed that a body believed to be the killer's 67-year-old sister, Cheryl Spengler, was found in his fire-ravaged home.

Authorities say Spengler sprayed bullets at the first responders, killing two firefighters and injuring two others who remained hospitalized Tuesday in stable condition, awake and alert and expected to survive. He then killed himself as seven houses burned on a sliver of land along Lake Ontario.

Pickering said it was unclear whether the person believed to be Spengler's sister died before or during the fire.

A big part of the pro-gun argument depends on the mistaken idea that criminals and madmen will always get guns regardless of what we do. This is an obvious falsehood. It would be like saying there will always be murders so we shouldn't bother to make it illegal or strive to prevent them.

What's your opinion?  Please leave a comment.
Posted by Unknown at 7:30 AM