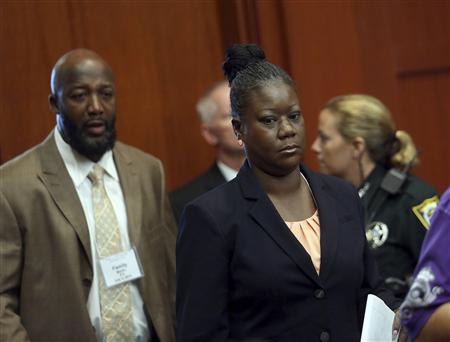 Former neighborhood watch volunteer George Zimmerman was well versed in Florida's self-defense laws before he shot and killed unarmed black teenager Trayvon Martin, despite a previous claim to the contrary, jurors were told at Zimmerman's trial on Wednesday.

The contradiction came into evidence as prosecutors were preparing to wrap up their case on Friday after two weeks of testimony aimed at showing inconsistencies in Zimmerman's accounts of the February 2012 shooting.


Now that's a pretty big discrepancy. It sounds like George Zimmerman was not only thinking clearly when he wrote that statement we talked about the other day but perhaps he was thinking clearly even before the incident.

How do you get away with being a vigilante murderer?  Well, one way is not to deny the obvious. That's just stupid. And he almost got away with it.  He almost had them convinced.  But, now that they're checking everything, his story is full of holes.

Most damning is this:

Zimmerman, 29, has said Martin, 17, punched him in the face and repeatedly slammed his head into a concrete walkway. Zimmerman, who is white and Hispanic, could face life in prison if convicted.

Despite those claims, a DNA expert with the Florida Department of Law Enforcement testified on Wednesday that none of Zimmerman's DNA was found in scrapings of Martin's fingernails or on the cuffs or other parts of the hooded sweatshirt he wore on the night he died.

There was also no trace of Martin's DNA on Zimmerman's gun, the expert, Anthony Gorgone, told the court. Zimmerman has said Martin tried to grab the 9mm Kel-Tec semi-automatic before he shot him at point-blank range.


The best Zimmerman can hope for is an acquittal and being known as another O.J. Simpson.  And considering the alternative, that would be a big win.

What's your prediction?  Will he be convicted or acquitted?

Please leave a comment.
Posted by Unknown at 9:43 AM