You call yourselves oathkeepers? Really?

I believe this is the US military oath of service: 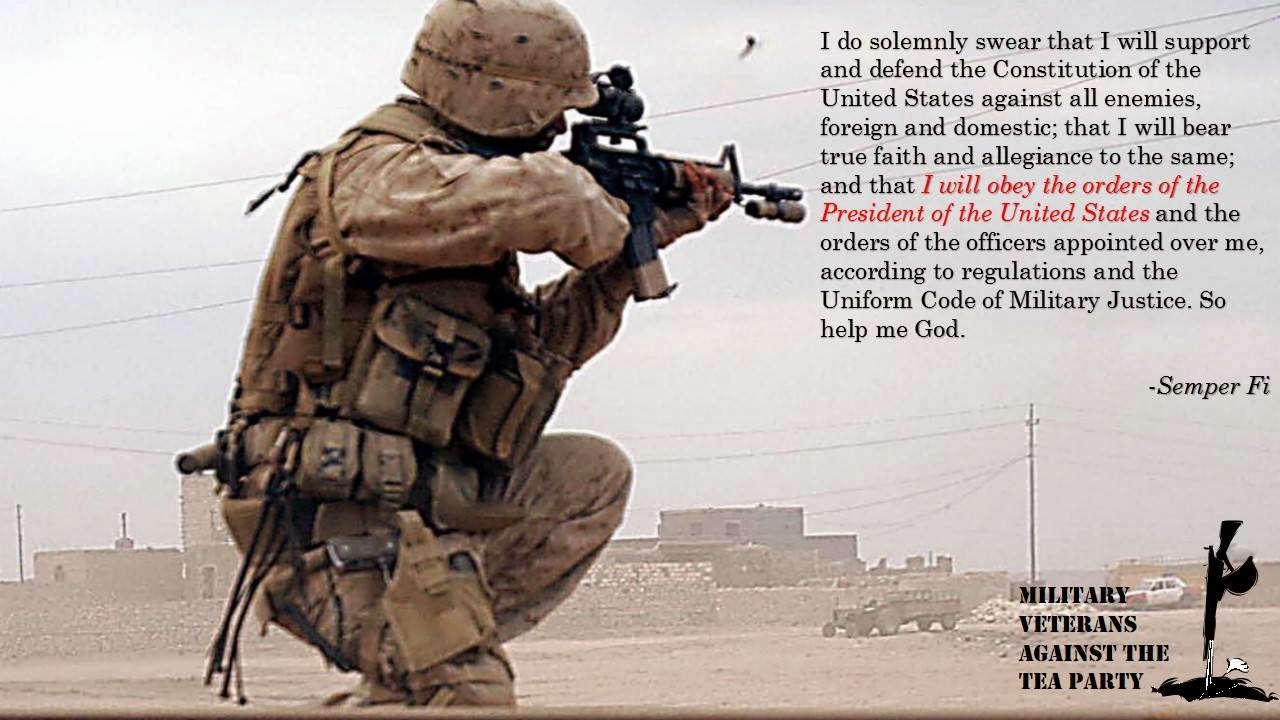 This is something on the Police Oath of Office

The police oath of office is not one lightly taken. Pledging to defend the peace of a nation is important, and the oaths that beginning policemen swear are created to encourage that feeling of importance.First and foremost, a police oath is to protect the laws by which a nation abides - not the PEOPLE of that nation, as so many civilians seem to think, but the laws under which those people live.

Whether or not the law is a good one that protects the people or a bad one that harms them is not for a policeman to decide, though they are human and would of course prefer to defend both their fellow man and the law.Secondly, the police oath involves defending the peace. This is where the police sometimes stray, as their goal of making everything peaceful and harmonious can and does conflict with the freedoms of individuals, sometimes violently.Last but hardly least is a pledge to remain impartial in the execution of their duties. Despite any personal feelings of anger or disgust at a possible criminal's actions, a policeman is to act as an instrument of the law rather than upon their individual emotions. They are a part of the justice system, not the whole of it; their duty is to find those who violate the laws and bring them before the courts to receive sentencing without prejudice.

A sample oath of a United States police pledge may read as, "I, (state name) do solemnly swear that I will support the Constitution of the United States, and the Constitution of the State of (insert state). I will faithfully and impartially discharge and perform all the duties of police officer of the (insert name) police department to the best of my ability. So help me God."

In other words, they don't make the law, they enforce it.

They need to move to politics if they don't like the laws they enforce.
Posted by Laci The Dog at 3:37 PM