So much for the Second Amendment protects the First's Freedoms.

Anita Sarkeesian, a feminist known for her critical look at how women are portrayed in popular media cancelled a talk at Utah State University, citing Utah gun laws, after an email threatening a campus shooting was sent to the school.

The e-mail threatened "the deadliest school shooting in American history" if Anita Sarkeesian was allowed to speak at the school. The email is purported to have been written by a student with access to a semiautomatic rifle, several pistols and pipe bombs. 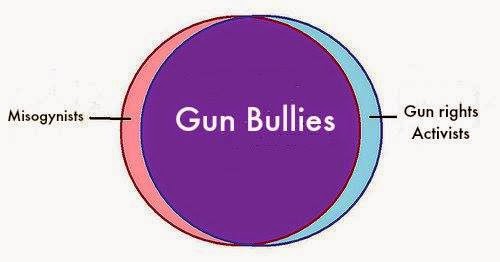 "I'm giving you a chance to stop it," the message reads, demanding that Sarkeesian's presentation be canceled.

The writer of the threatening email called Sarkeesian "everything wrong with the feminist woman" and blames feminism for the emasculation of Western men. The message also referred  to Marc Lepine, the gunman behind a deadly attack against women at a Canadian university in 1989, as a hero and promised a similar shooting at USU, specifically referencing Sarkeesian, attendees at the presentation, and students and staff at the women's center.

Sarkeesian asked school officials whether firearms would be allowed in the auditorium where she was scheduled to speak. USU officials replied that, in accordance with Utah law, anyone with a valid concealed carry permit would be able to enter with a gun, according to a statement released by the university.

Sarkeesian said she requested pat-downs or metal detectors for those coming to the presentation but was denied based on Utah's firearms laws.

Of course, the lawful gun owners would be protecting a crazy. 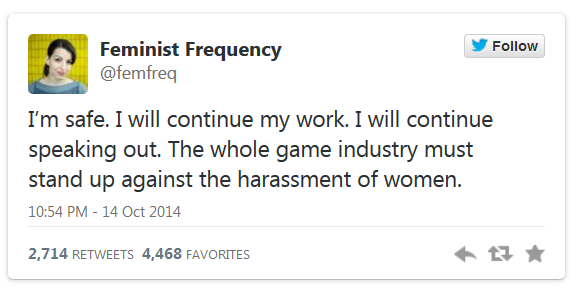 Or else become yet another mass shooter thanks to crappy US gun laws.


But only a good guy with a gun can stop a bad guy with a gun! So clearly what was necessary was for pro-Sarkaasian partisans to also show up armed, and then we could have a multi-way shoot-out in a crowded auditorium. Freedom!

To be honest, guns don't guarantee freedom--they never have. What guarantees freedom are people who are willing to speak out, especially if what they say is unpopular.

Those who kill only create martyrs.