The NRA, Sarah Palin and I Agree 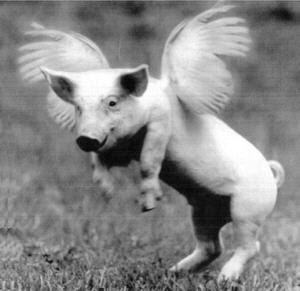 Although for not the same reasons. Let me explain.

The NRA--and its 926, no, 931 trillionty members--and Sarah Palin have endorsed Christine O'Donnell (Repug-DE) for the US Senate in Delaware. This makes me, a partisan Dem, very happy.

You see, these endorsements are a win-win-win situation for yours truly. If O'Donnell knocks off her Repug opponent, Mike Castle, it means the Democrat--Chris Coons--probably doesn't need to campaign; victory is assured. The endorsements also mean the NRA will be tossing its political capital--and its 3,681 eleventyzillion members--to a candidate so flawed and extremist that even GOP media outlets and blogs are campaigning against her. Here's an exerpt from the rightwing Weekly Standard:

O'Donnell, who is now challenging moderate congressman Mike Castle in the September 14 Delaware GOP Senate primary, sought $6.95 million in damages. In a court complaint, she extensively detailed the "mental anguish" she suffered after allegedly being demoted and fired because of her gender. And, although she didn't have a bachelor's degree until this year, O'Donnell implied she was taking master's degree classes at Princeton University in 2003.