Domestic Murder and Suicide in PA 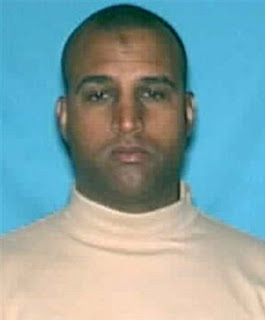 Leonard John Egland, 37, a logistics officer at the sprawling military base south of Richmond, is believed to have killed his former wife, her boyfriend and his young son at a house in Chesterfield as well as his former mother-in-law, Barbara Reuhl, 66, in Bucks County, Pa., police said Sunday.
The soldier later committed suicide, authorities said.
The Virginia victims were not immediately identified.

This story touches on several of our favorite topics. Mental health screening and periodic check-ups should be a must for anyone who owns guns. It wouldn't identify ALL the problems, but some, don't you think.

And, of course, the problem of domestic abuse is one of our other favorites. Many of these guys could be screened out through the mental health check, but stricter standards must be enforced for disarming abusers. Wouldn't it seem reasonable to assume that guys who kill their ex-wives are not first-time offenders? Don't you think in many cases there's violence or the threat of violence present before the divorce? With stricter standards, some of these dangerous guys can be disarmed too.

It's easy to see that the more gun-friendly a place is, the less they're interested in solving this problem. There are statistics to prove that.

Gun-rights folks often say the gun isn't the problem. My response is that's true. The problem is violence or rage or misogyny or some other mental health issue. But the availability of guns is like the gasoline you throw on a fire. And since the access to guns is something that can be effected with proper controls, that's what I'm suggesting, not as opposed to addressing all those other problems, but in addition to those efforts.

Is that clear? Please tell us your opinion. Leave a comment.
Posted by Unknown at 8:08 AM