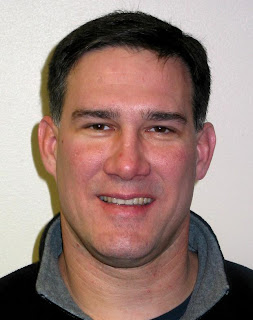 The 10-year-old daughter of a veteran Spokane police officer was in stable condition after shooting herself in the leg on Easter with her father's duty weapon, authorities said.
Officer Barry O'Connell, an 18-year veteran of the Police Department, has taken time off to care for his daughter. When he returns, he will be assigned to desk duty while an investigation by Spokane County sheriff's detectives is under way, police said.

It's hard to see the degree of recklessness that must go into a story like this in a picture. Maybe if you talked to the guy it would show. How could ANY gun owner EVER allow something like this to happen? I honestly cannot fathom it.

As inexplicable as it is, one thing we can conclude is that it does happen, and that it happens too often.

The solution is certainly not to throw up our hands and say accidents will always happen and there's nothing we can do about it.  That's what the gun-rights folks want.  The solution is twofold, first we need better screening and training and secondly we need to swiftly and severely punish those found wanting.

Loss of gun rights is the first thing that should happen, after due process of law, of course. Although some may learn from their mistakes, those who have proven to be capable of such stupidity should never have a chance to repeat it.

What's your opinion? Please leave a comment.
Posted by Unknown at 7:46 AM