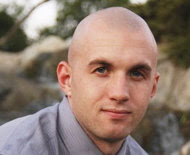 Yahoo News reports
on the marine we wrote about before.

A federal judge refused on Wednesday to block disciplinary action against a Marine who criticized President Barack Obama on Facebook and called him a "domestic enemy" in a posting to an internal military network.
Marine Sergeant Gary Stein, 26, a meteorologist stationed at Camp Pendleton near San Diego, filed suit on Tuesday, saying the Marine Corps was violating his right to free speech. A Southern California congressman has rallied to his defense.
The Marines have said they initiated discharge proceedings against Stein after he posted political statements about Obama on a Facebook page he runs called the "Armed Forces Tea Party."

What's your opinion? Don't members of the military agree to some limitations on their 1st Amendment rights? Aren't there certain things they cannot say due to the fact that they wear the uniform? Isn't disrespect to the Commander-in-Chief a crime?

What's your opinion? Please leave a comment.
Posted by Unknown at 7:44 AM