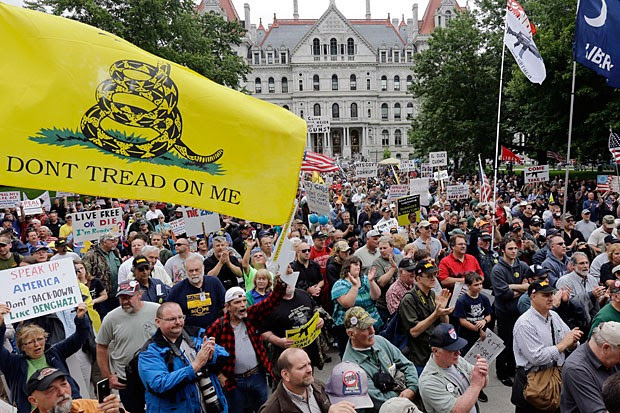 The Pew Research Center's latest survey on gun control this week provided a familiar profile of the typical gun owner in the United States: adult, white and male. That profile differs greatly from the makeup of the country, according to Pew. White men represent just a third of the U.S. population, but about 60 percent of adults with guns in America today are white men.


This is where we get those carefully worded responses that Kurt likes so much.  Gun-rights supporters, in an attempt to give legitimacy to their fanatical obsession, often say, "we're seeing more women," or "we're seeing more minorities."

And despite Pew's findings, gun groups today say that the demographics of gun owners are finally starting to change. Dudley Brown, the executive director of both the National Association for Gun Rights and the Rocky Mountain Gun Owners, a local gun rights group, says he has recently seen an uptick in membership among Hispanic communities and among women. In concealed-carry classes hosted by the Rocky Mountain Gun Owners, he says the male-female split has become 50-50.


Now that's the spirit. Claim there's now a 50-50 gender balance.  That means with all the blacks and Hispanics, white males are actually in the minority.

What's your opinion?  Why do you think gun-rights folks are trying so hard to obscure the fact that it's still a man's world, as depicted in the photo above?