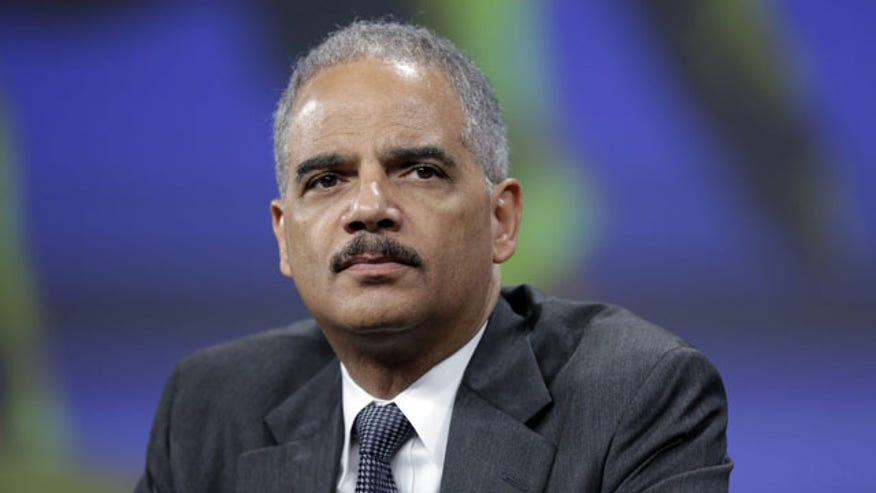 FILE - In this Oct. 21, 2013 file photo, Attorney General Eric Holder listens to a speech after of his remarks during the Annual International Association of Chiefs of Police Conference, at the Pennsylvania Convention Center in Philadelphia. (AP Photo)
Fox News

The FBI says it has helped to disrupt or prevent nearly 150 shootings and violent attacks this year, in part by steering potential gunmen toward mental health professionals. It's an achievement that stands out during a year when President Barack Obama made curbing gun violence a priority, yet has had little success in getting new restrictions enacted.
There have been hundreds of these disruptions since 2011, Attorney General Eric Holder recently told an audience of police chiefs, touting the behind-the-scenes work of a small FBI unit based out of Quantico, Va. In most cases, the FBI has helped potential offenders get access to mental health care.
Preventing mass shootings through threat assessments and treatment is an unusual tactic for an agency known for its crime fighting and not for interventions. One year after the deadly mass shooting at a Connecticut elementary school, the White House's biggest efforts to curb gun violence — attempts to reinstate the assault weapons ban and expand background checks for all gun purchases — failed without congressional support.
Posted by Unknown at 12:32 PM