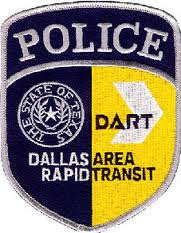 A shooting suspect and one of three people he shot Tuesday at a Dallas Area Rapid Transit station just north of Dallas have died of their wounds, officials said.
The shootings happened at 3:30 p.m. at the Arapaho station in Richardson, Texas.

It's a pretty exciting story. The female transit officer was hit in the bullet-proof vest. The bad guy died by a bullet to the head, which incredibly they were't sure if it had been self-inflicted or not.

This is what the por-gun crowd get for their efforts. This scene and countless others just like it all over the country are a direct result of the lax gun laws paid for by the gun lobby and supported by the gun-rights fanatics.

What's your opinion? Please leave a comment.
Posted by Unknown at 7:20 AM