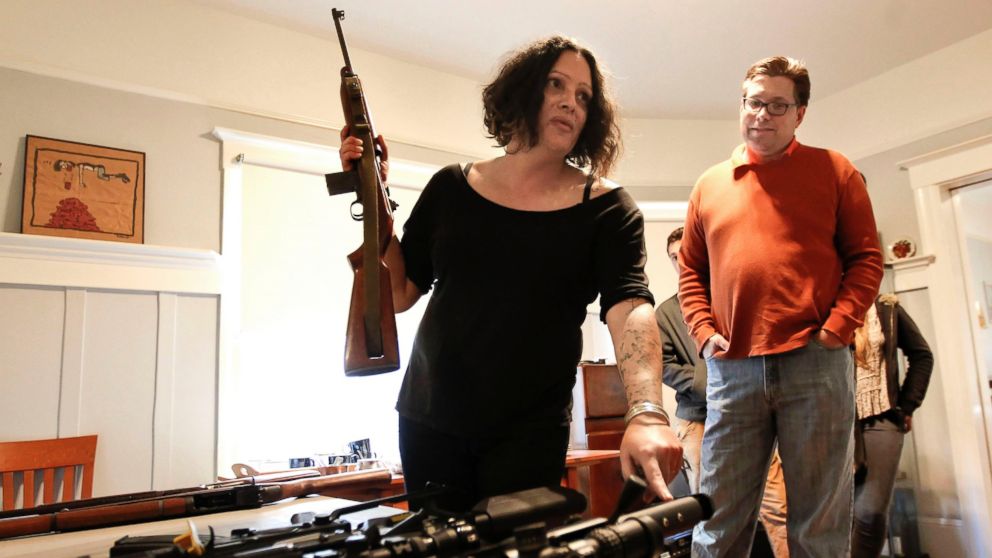 ABC News
Gun owner and Second Amendment advocate Marlene Hoeber isn't your typical member of theNational Rifle Association. In fact, she isn't a member of the NRA at all.
The Oakland, Calif., laboratory equipment mechanic regularly visits firing ranges, where, along with other members of her gun club, she shoots a variety of weapons. "Guns are fun to play with," she says. She even makes her own ammunition.
She has no use, however, for the NRA's conservative political agenda. By her own description, Hoeber is a feisty, liberal, transgender, tattooed, queer, activist feminist.
She belongs instead to another gun advocacy group entirely--The Liberal Gun Club--whose membership ranges, she says, "from socialists, to anarchists who can quote Marx, to Reagan Democrats."
Its mission, she says, is to provide "a place for gun owners to talk to other owners about neat gun stuff, without having to hear how the president is a Muslim-usurper-socialist running a false-flag operation."

"Do you like guns but hate 'gun people'? Are you uncomfortable when political 'progressives' support every Amendment from the Bill of Rights but [not] the 2nd? Does it make you crazy when 'conservatives' swear to uphold the 2nd Amendment but look the opposite way when other rights are trampled on?" If so, it says, then AGCR is for you.
Posted by Unknown at 7:17 AM